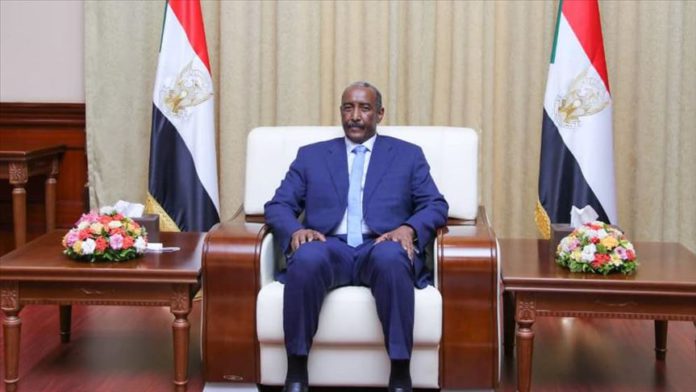 Sudan said Wednesday the chairman of the country’s Sovereign Council, Abdel Fattah al-Burhan, held talks on a host of issues, including the Arab-Israeli peace, with a US delegation in the United Arab Emirates (UAE).

The discussions also tackled Sudan’s removal from a US list of states sponsoring terrorism and the peace process in the western Darfur region, the council said in a statement.

The talks also dwelt on “the future of the Arab-Israeli peace, the right of the Palestinian people to establish their own state under the two-state solution and Sudan’s role in achieving this peace”, the statement .

Al-Burhan concluded a three-day visit to the UAE on Wednesday, where he held talks with a US delegation visiting the Gulf country.

The talks came days after the UAE and Bahrain signed US-brokered agreements to normalize their relations with Israel.

Political forces in Sudan have reiterated their categorical rejection of normalization with Israel in the midst of talk of a possible Sudanese normalization after the UAE and Bahrain.

In October 2017, the administration of US President Donald Trump lifted economic sanctions and trade embargo that had been imposed on Sudan since 1997.