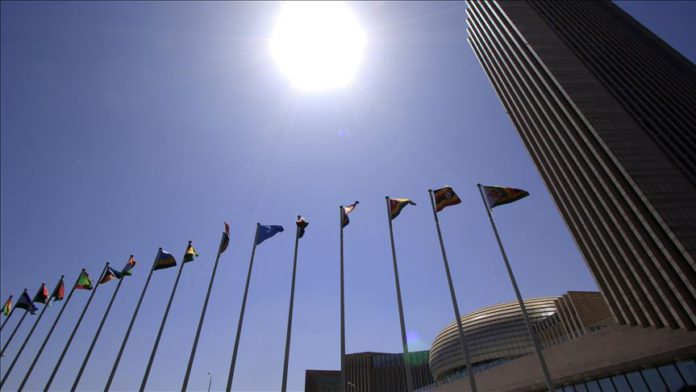 Sudan’s Ministry of Irrigation and Water Resources said Tuesday that it submitted a “balanced and fair” draft agreement on the Nile dam to the African Union.

“Sudan delivered its final report on the course of the Hidase Dam negotiations to the African Union’s current president, South Africa,” the ministry statement said, referring to the Grand Ethiopian Renaissance Dam (GERD) on the Blue Nile.

No agreement was reached in tripartite negotiations held between July 3 and July 13 at the initiative of the African Union on the filling and operation of the GERD, which Ethiopia has built on the Nile River, which caused a political crisis between the country, Egypt and Sudan.

Sudanese Irrigation and Water Resources Minister Yasir Abbas said disagreements continue regarding the amount of water to be left to the Roseires Dam in Sudan, the operation of the GERD, and on how it will be filled during drought periods.

Ethiopia started building the GERD in 2011 on the Blue Nile, a tributary of the Nile River, near the border with Sudan.

With a reservoir capacity of 74 billion cubic meters, the hydroelectric dam will produce 6,475 megawatts for Ethiopia’s domestic and industrial use as well as for export to neighboring countries.

Tensions escalated between Egypt and Ethiopia when the former complained to the UN Security Council on May 1 after Addis Ababa announced a plan to begin the first-phase filling of its $5 billion hydro dam on the Nile.

Ethiopia countered the complaint, saying it was not obliged to inform Egypt on the issue as it was provided in the 2015 trilateral Declaration of Principles. According to the declaration, negotiations on the dam will be done in parallel with its construction.

Ethiopia hopes to retain 4.9 billion cubic meters of water during this rainy season in July and August as part of the first-phase filling, and the volume would be enough to test two turbines in mid-2021.