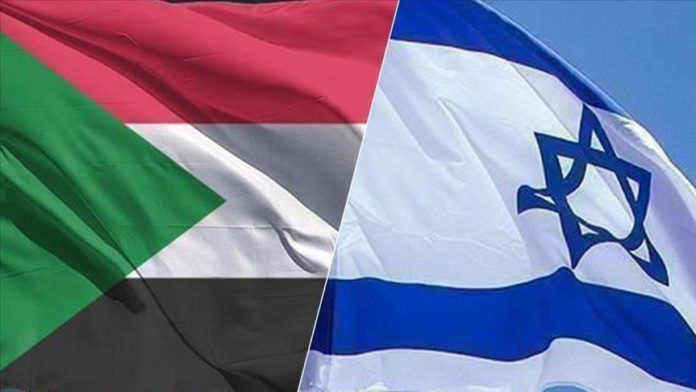 Following in the footsteps of Gulf countries Bahrain and the United Arab Emirates, Sudan too has decided to normalize its relations with Israel under US mediation, a report has claimed.

Khartoum is likely to make an official announcement on the establishment of diplomatic ties on the weekend, the Israel Hayom newspaper, known for its closeness to Prime Minister Benjamin Netanyahu, quoted an Israeli official, who wished not to be named, as saying.

It claimed that talks were held with Sudanese officials, and a bilateral recognition agreement has been reached.

The move comes after the US decision to remove Sudan from its list of state sponsors of terrorism. Sudanese officials, however, have said that the two issues should not be linked.

Meanwhile, US Secretary of State Mike Pompeo said on Wednesday that it was working “diligently” to get Khartoum recognize Israel.

Sudan is 18 months into a political transition after longtime ruler Omar al-Bashir was forced from power.

The country faces economic hardship, which has been exasperated by the coronavirus pandemic and severe flooding.

Removal from the terrorism list could help ease economic pain, partly by the resumption of international financing and debt relief.

Sudan will become the fifth Arab country to have diplomatic relations with Israel, which has occupied Palestinian lands since at least 1967.

Bahrain and the UAE agreed to establish full diplomatic, cultural and commercial relations with Israel after signing controversial agreements at the White House on Sept. 15.

The deals have drawn widespread condemnation from Palestinians, as well as many countries including Iran and Turkey.