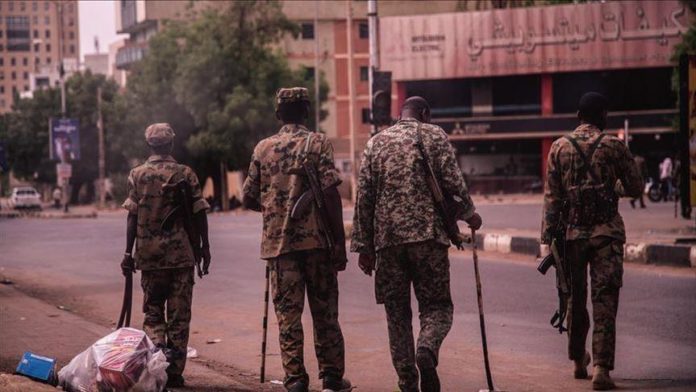 Sudan said Tuesday immunity was removed from members of the Rapid Support Forces (RSF) suspected of killing a civilian.

Bahaa el-Din Nouri, in his 40s, was allegedly taken by members of the RSF on Dec. 17 from the Kalakla neighborhood south of Khartoum and his body was found at a morgue in Omdurman city four days after his disappearance, local media reported.

Nouri’s death has sparked an outcry in the country with political parties demanding a swift investigation into the issue.

In a statement, RSF spokesman Jamal Juma said immunity was removed for the suspected soldiers “and were hand over to the Public Prosecution to complete the investigation procedures”.

On Monday, the Public Prosecution charged members of the RSF with premeditated murder after a re-autopsy report revealed Nouri had suffered multiple injuries that led to his death.

Meanwhile, the Sudanese Professionals Association (SPA), which spearheaded protests that led to former President Omar al-Bashir’s ouster, vowed mass protests if demands for investigation and the disclosure of secret detention centers were not answered by authorities.

The RSF faces accusations of committing violations against civilians, the most prominent of which was the killing of dozens of protesters during the dispersal of a sit-in outside the army headquarters in Khartoum, on June 3, 2019.

Ibrahim Mukhtar contributed to this report from Ankara