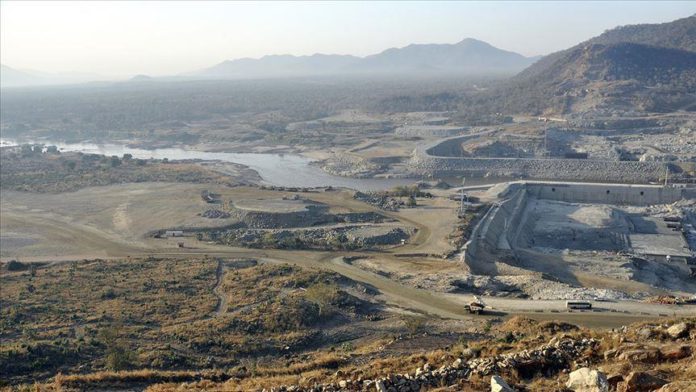 The latest round of African Union (AU)-mediated talks on the filling and operation of the Grand Ethiopian Renaissance Dam (GERD) between Egypt, Sudan, and Ethiopia in Kinshasa, Congo, ended without progress, amid accusations between the three parties about the failure of the negotiations.

Mustafa Hussein Al-Zubair, Sudan’s chief negotiator in the Nile dam talks, warned that Khartoum will not join any new AU-led negotiations unless the mechanism and methodology are changed by granting experts and observers a greater role, noting that his country will not participate in ‘barren’ negotiations that have proven to be ‘useless’.

“If the AU agrees to change the negotiation methodology and mechanism to be more effective, we will participate. Otherwise, we will not participate in barren negotiations that have proven futile,” Al-Zubair, who is also the head of the technical staff at the Ministry of Irrigation and Water Resources, told Anadolu Agency in an interview.

For months, the AU has sponsored negotiations on the dam but they have continued to stall.

Ethiopia rejects the colonial agreement as unfair and considers the dam vital to addressing the country’s acute shortage of electricity for domestic and industrial use.

Asked whether Ethiopia is willing to return to negotiations, Al-Zubair said they have not received any information about that.

Addis Ababa insists it will proceed with the second-year filling of the dam reservoir in July irrespective of whether a tripartite agreement is reached or not.

Following the failed talks in Kinshasa, Ethiopia issued a statement accusing Egypt and Sudan of pursuing an “approach that seeks to undermine the AU-led process and to take the matter out of the African platform”.

Cairo and Khartoum have lately forged a closer stance on the dam crisis with Egypt endorsing Sudan’s proposal for a quartet mediation to include the AU, the EU, the UN, and the US.

Responding to the Ethiopian statement, Al-Zubair described it as “completely untrue”.

“We went to Kinshasa with an open mind and not blindly calling for a quartet mediation,” he said.

Al-Zubair said Ethiopia earlier agreed that the quartet parties join as “facilitators instead of mediators”, and the participation of experts nominated by Congolese President Felix Tshisekedi, who is the current AU chair.

He also added that Ethiopia’s request to include South Africa as a mediator was welcomed by all sides. However, Ethiopia later “reversed” its stance, Al-Zubair noted.

Al-Zubair said Ethiopia seeks to “buy time” by being “intransigent” to unilaterally continue with the second filling of its dam reservoir.

While the Sudanese proposal to include other international partners as mediators was rejected by Ethiopia, Al-Zubair said the aim was “to ensure neutrality and benefit from their technical, legal and practical expertise in settling similar international disputes, as well as to ensure the implementation of the terms of the agreement in the future.”

“For this reason,” Al-Zubair said, “We insist on reaching a binding legal agreement before the second filling.”

On Saturday, Ethiopia’s invitation to Sudan and Egypt to nominate dam operators to exchange data before a second filling of the GERD begins in July was rejected by the duo who insisted it is preceded by a legally binding agreement.

Al-Zubair said a binding legal agreement that “frames a clear mechanism for the continuous and not a temporary exchange of information as well as a mechanism for resolving disputes in the event that any party breaches its obligations towards the other parties” is required.

Al-Zubair rejected the Ethiopian accusation of Sudan of seeking to break the mantle of the AU to internationalize the issue as an attempt by Addis Ababa to attract emotional support.

“The international community demonstrates great interest in the stability of this part of the world,” Al-Zubair said, adding that the involvement of other mediators in the negotiation process under the AU leadership does not imply “leaving the mantle of the AU but rather support for its role.”

Analysts fear Sudan and Egypt may pursue a military option if Ethiopia unilaterally proceeds with its second filling of the dam.

Both Sudan and Egypt have left the “door open” for all options to preserve what they believe is “their national security interests” following the failure of the latest talks in Kinshasa.