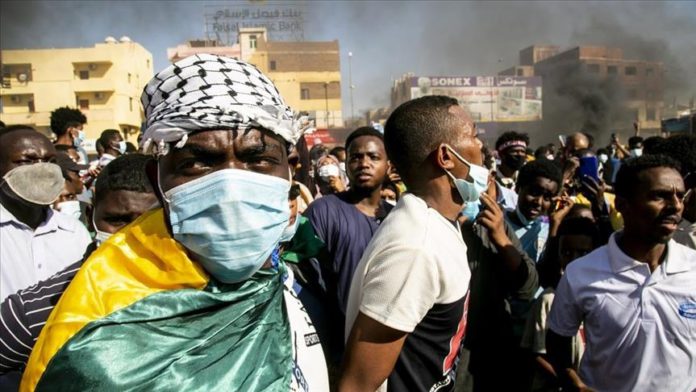 The Sudanese security forces on Saturday evening dispersed thousands of protesters who had gathered near the presidential palace, to commemorate the second anniversary of the uprising.

According to eyewitnesses, thousands of Sudanese who had gathered near the presidential palace were holding banners against Abdullah Hamdok’s government. They vowed to continue to fight for freedom, justice, and peace – the primary motive of the Sudanese uprising.

So far, no injuries were reported.

Another rally was held near the Sudanese Parliament in Khartoum, where eyewitnesses reported that the security forces fired teargas canisters to disperse the protesters.

The protesters’ demands across the Sudanese cities varied between removing the government as they believed it has failed to meet their demands and calling for economic reforms.

In December 2018, Al-Bashir was removed from power by the military after mass protests against his three-decade-long rule.

Later a Sovereignty Council was formed after the Sudanese army and opposition leaders agreed to lead the country for a three-year transitional period.

-Ahmed Asmar contributed to this report from Ankara