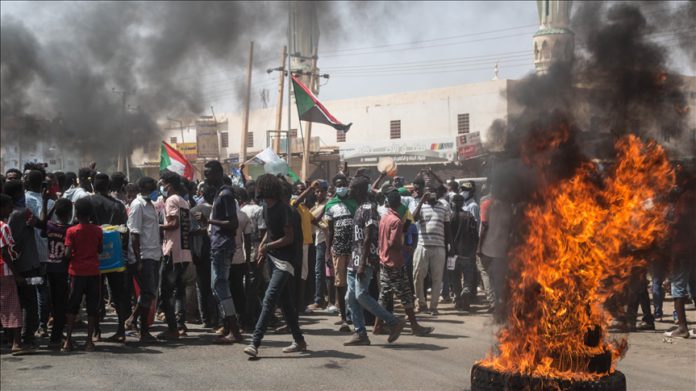 Thousands of protesters took to the streets in several cities across Sudan on Saturday to mark the second anniversary of protests that led to the ouster of former President Omar al-Bashir.

Protesters waved banners calling for freedom, justice and peace – which were the main demands of the revolution against the Bashir regime, according to an Anadolu Agency reporter.

They also chanted slogans against the military component in the transitional government, amid calls for scrapping the Transitional Partner Council (TPC), which was recently formed as part of a peace agreement between the government and rebel groups.

Demonstrators also called for accelerating the formation of parliament, bringing those responsible for killing protesters during the anti-Bashir uprising to accountability and the dissolution of the companies owned by the military.

Ahead of the protests, the head of Sudan’s Sovereign Council, Abdel Fattah al-Burhan, pledged to protect the gains of the revolution.

“On this anniversary, we renew our pledge that the armed forces will remain the guarantor and protector of the revolution and its gains,” al-Burhan said on Twitter.

Al-Bashir was removed from power by the military after mass protests against his three-decade rule.