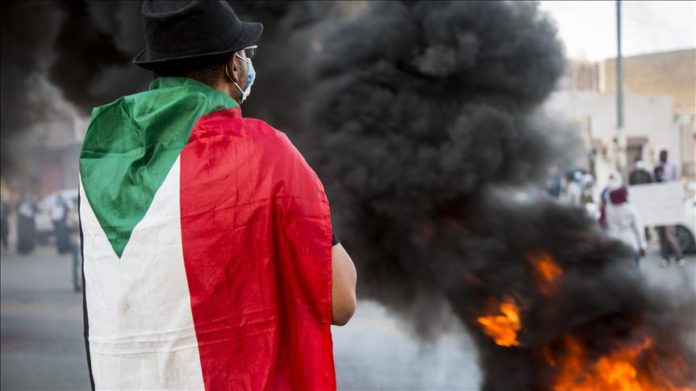 Hundreds of demonstrators took to the streets of Sudan’s capital Monday, demanding the departure of the transitional government.

According to eyewitnesses and footage on social media, security forces established a cordon in front of the presidential palace and the headquarters of the Sudanese Army in Khartoum.

The protesters held banners saying “Down with the government of hunger” and chanted slogans calling for the departure of Prime Minister Abdalla Hamdok’s government.

Meanwhile, dozens of protesters demonstrated in the city of Omdurman in Khartoum State, denouncing the high prices of staple goods, deteriorating economic conditions and the high exchange rate of the US dollar against the Sudanese pound.

There was no official comment from the Sudanese government.

Sudan is suffering from renewed shortages of bread, fuel and cooking gas as a result of the US dollar’s rise against the Sudanese pound in parallel markets.

Hamdok’s government is the first since Omar al-Bashir was removed from the presidency on April 11, 2019 amid popular protests condemning the deteriorating economic conditions.

On Aug. 21, 2019, a transitional period that will last for 39 months and end with elections began in Sudan, during which power will be shared by the army and the coalition of the Forces for Freedom and Change, the leader of the popular protests.