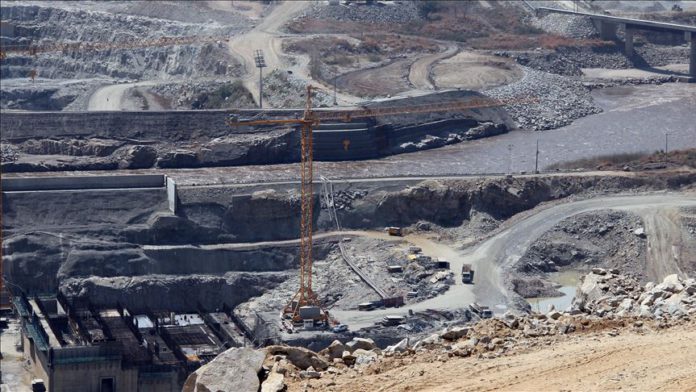 Sudan and Egypt have resumed talks on pending issues over the Nile dam project in Ethiopia, the Sudanese Council of Ministers said Tuesday.

The council said in a statement that the meeting was attended by Sudanese Prime Minister Abdalla Hamdok and his Egyptian counterpart Mustafa Madbouli along with the ministers of foreign affairs and water and irrigation and intelligence chiefs from both sides.

“In a teleconference meeting, Sudanese Prime Minister Abdalla Hamdok and his Egyptian counterpart Mustafa Madbouli discussed ways to push forward the talks over the Nile dam with the presence of the three countries soon,” it said.

It noted that the meeting was part of mediation efforts by Sudan’s prime minister to bridge the gap between Egypt and Ethiopia and resume the tripartite meetings.

“Sudan’s prime minister will phone Ethiopian Prime Minister Abiy Ahmed to consult with him on resuming the tripartite meetings as soon as possible,” it added.

Hamdok sent a letter to Ahmed a few days ago urging Ethiopia to come back to the talks, which have been suspended since last February after Ethiopia withdrew from the meetings, which were held in Washington.

Sudan for its part, rejected Ethiopia’s request last week to agree on the filling of the dam before reaching a final deal between the three countries.

In 2011, the Ethiopian government began construction of the Grand Renaissance Dam on the Blue Nile (a tributary of the Nile River) near the border with Sudan.

Friends of Israel in Congress wreck US ties with Turkey