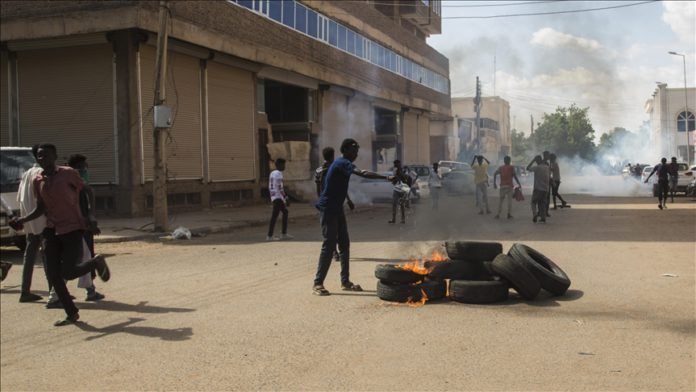 A state of emergency has been declared in the state of North Kordofan following violent protests.

The governor of North Kordofan Khaled Mustafa Adam said Monday that protests were accompanied by “acts of violence” and a state of emergency was declared “to protect the lives of citizens and their properties.”

Student protests erupted early Monday in Al-Obeid in North Kordofan with demonstrators demanding the provision of necessities such as bread and transportation.

The protests turned violent when demonstrators began burning public and private property, according to the news agency.

In response, the governor also suspended schools until Feb. 14 and announced a committee to investigate violence and looting during protests, assuring the public that criminals will be brought to justice.

The Sudanese Congress Party, which is also a member of the Forces of Freedom and Change alliance, or FFC, said peaceful student demonstrations in Al-Obeid were infiltrated by “the remnants” of the former regime of Omar al-Bashir.

It condemned “the destruction of property of state and citizens” while imploring government agencies and police to protect citizens and property and arrest those behind the looting, violence and destruction of public and private property.

Sudan has recently witnessed protests in several cities decrying the country’s deteriorating economic situation and surge in prices of basic commodities caused by the poor performance of the Sudanese pound against the dollar.
Scarcity of bread and fuel have caused long lines in front of bakeries and fuel stations.

Turkey's manufacturing capacity up in October