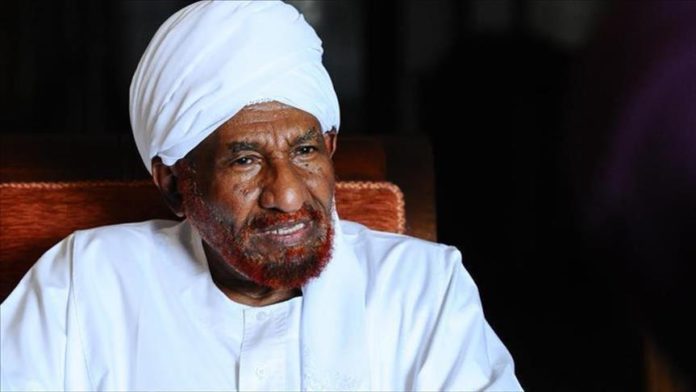 Earlier, al-Mahdi, 85, died of the novel coronavirus in the UAE.

His National Umma Party said al-Mahdi’s body will be returned to the country and his burial will take place in the capital Khartoum on Friday.

The Sudanese Professionals’ Association, an umbrella association of trade unions, also expressed grief over the death of the former premier.

Al-Mahdi was born in December 1935 in Khartoum, he got his master’s degree in Economy from Oxford University in 1957.

He was the last democratically elected prime minister whose government was overthrown in 1989 by a military coup led by former President Omar Al-Basheer, who was ousted in April 2019 under the pressure of mass protests.

Al-Mahdi was a well-known Sudanese political figure, who has played an important role in public affairs and has also written several books addressing the situation in Sudan, political Islam, and Sharia laws in Islam.