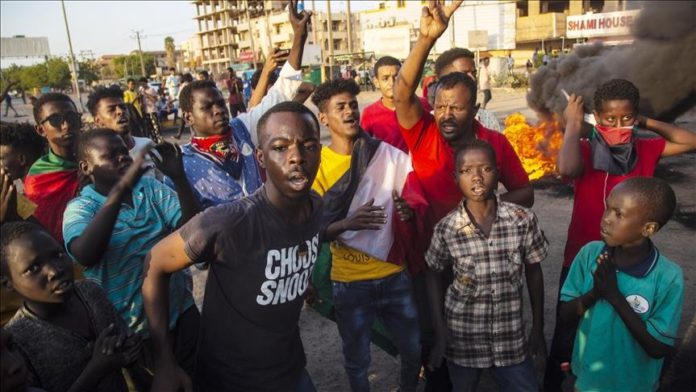 A Sudanese demonstrator died of his wounds on Sunday, taking the death toll from protests against this week’s military takeover to 11, according to a local doctors committee.

The independent Central Doctors Committee said three protesters were killed by army fire during Saturday’s protests against the military takeover.

“The fatalities took the death toll among revolutionaries to 11 since Oct. 25,” the committee said in a statement.

There were no immediate comments from the country’s military rulers on the statement.

On Oct. 25, Sudan’s ruling military council announced a state of emergency and dissolved the transitional sovereign council and government, hours after detaining Prime Minister Abdalla Hamdok and ministers in his civilian government. It also suspended some provisions of the constitutional document outlining the political transition in Sudan.

The move came amid escalating tensions between the military and the civilian administration following a failed military coup last month.

Before the military takeover, Sudan was administered by a sovereign council of military and civilian officials, which oversaw the transition period until elections slated for 2023, as part of a precarious power-sharing pact between the military and the Forces for Freedom and Change coalition.