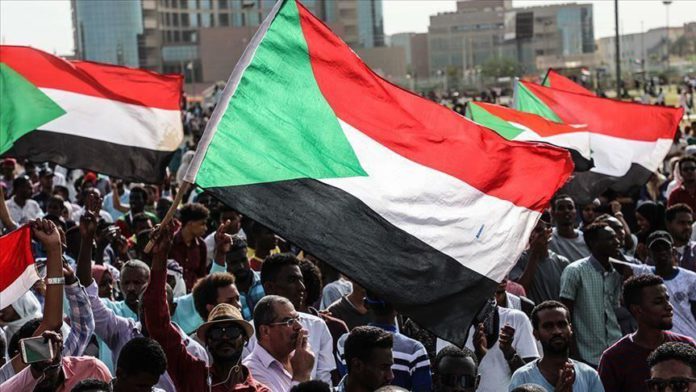 Sudan’s transitional government and rebel groups have signed a landmark peace deal, in a step that helps resolve the deep-seated conflicts in the country.

The deal was initialed on Monday in Juba, the capital of South Sudan, by Sudanese officials and leaders of the Sudan Revolutionary Front (SRF), an umbrella organization of rebel groups from the western region of Darfur and the southern states of South Kordofan and Blue Nile.

“This is a great breakthrough for peace in Sudan,” Amar Awad Sharif, a political analyst, told Anadolu Agency.

“The deal addresses the root causes of conflicts such as power, wealth sharing, justice, reconciliation, compensation and the return of refugees and IDPs,” he said.

The deal grants a share to the rebels in government institutions — 35% of the cabinet ministers, 75 seats in the upcoming 300-member transitional legislative assembly and three members in the ruling 11-strong Sovereign Council.

It also proposes a federal system for Sudan and grants South Kordofan and Blue Nile the right to self-autonomy.

Under the agreement, the Darfur region will be able to select their governor as the region that split into five states would be reunified into one region after seven months.

The deal also grants Darfur 40% of its revenues and 20% of the civil service employment opportunities. The area will also have access to international funding as well as loans from local, regional and international institutions.

The Sudanese government has also committed itself to paying an annual $750 million for a period of 10 years to impoverished regions to contribute in their development.

“The agreement achieves unprecedented gains for the stability and peace in Sudan,” Sharif said. “It also puts specific plans to solve tribal conflicts over resources.”

A judicial commission will also be formed under the agreement to bring perpetrators of crimes in Darfur to justice.

According to the agreement, mechanisms will be adopted to push forward reconciliation and coexistence in Darfur and resolve tribal disputes there.

It also stipulates the integration of the rebel forces into the national army within 40 months. A program for disarmament and reintegration will also be implemented, with regional and international help.

A civil protection force of 12,000 soldiers will also be formed from the two sides to be deployed in Darfur region.

Sudanese political analyst Salah Aldoma said the agreement has some “gray areas” that may bring some disputes in the future.

“The agreement has postponed the issues of identity, the debate over the secular system and how to conduct elections, which may raise new questions and disputes,” he said.

Two rebel factions, SLM/AM and SPLM-N have refused to join the agreement, saying it does not meet their demands.

Military expert Mahmoud Bashir sees the security arrangements that seek to unify the army on national bases are the most important part of the agreement.

He, however, warned that the adoption of quotas in the process of disarmament and reintegration may lead to serious consequences.

“The reintegration of the ex-rebels in the national army needs wide changes in the army’s ideology, training courses and definition of the national security of the country and other concepts of the army’s professionalism,” he said.