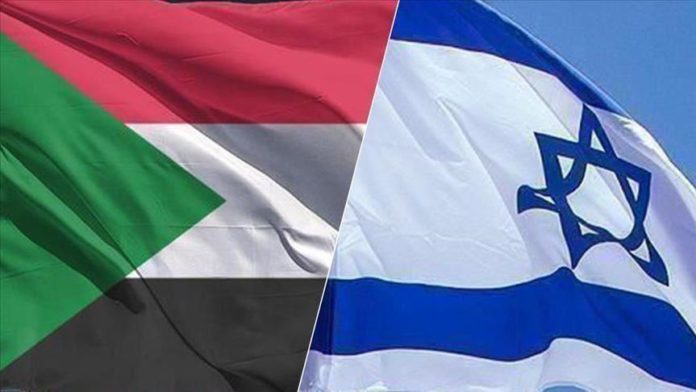 Sudan declared official normalization of relations with Israel and a halt to any aggression with the Jewish state, Sudanese state television reported Friday.

A joint statement said the leaders of Sudan, Israel and the US indicated that Tel Aviv and Washington would help Sudan save its economy and develop external trade, especially agriculture.

“In addition, the leaders agreed to begin economic and trade relations, with an initial focus on agriculture. The leaders also agreed that delegations will meet in the coming weeks to negotiate agreements of cooperation in those areas as well as in agriculture technology, aviation, migration issues and other areas for the benefit of the two peoples” it added.
Sudan Sovereign Council Chair Abdul Fattah Alburha, Sudan Prime Minister Abdullah Hamdok, Israeli Prime Minister Benjamin Netanyahu and US President Donald Trump discussed normalization between the two countries Friday.
Trump decided to delist Sudan from its terror list Friday.