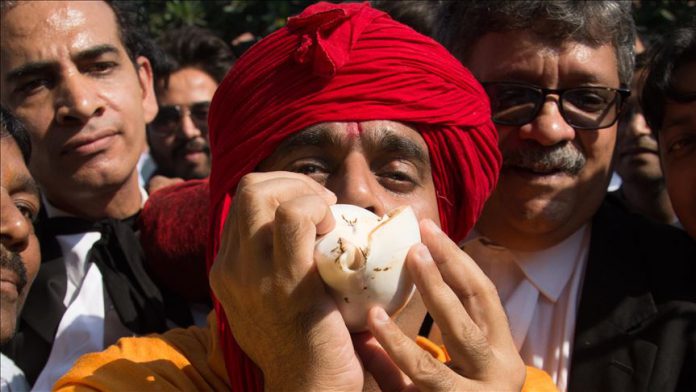 India’s top court on Saturday gave the disputed site of Babri Mosque to Hindus, but there were hardly any celebrations on the streets.

Over the past seven decades, the issue had been a source of communal discord in the country.

Hindus have been demanding a temple at the site where the Babri Mosque was demolished in 1992. After the verdict, subdued celebration was witnessed after an appeal by Prime Minister Narendra Modi.

Later addressing the nation, Modi said: “There is no place for fear in new India. The Supreme Court has shown the country that the most difficult