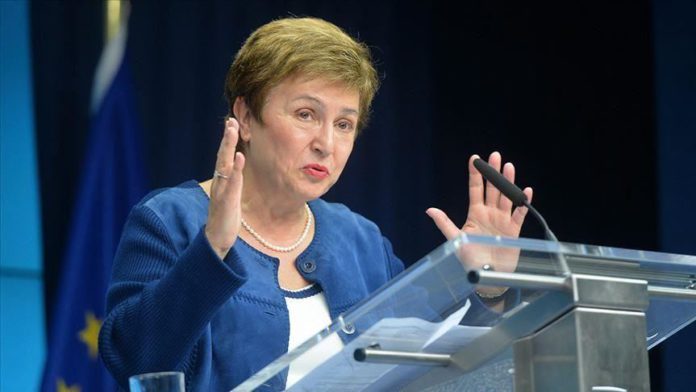 Sub-Saharan Africa is more vulnerable than any other region to climate change, threatening lives and livelihoods, and undermining economic growth, the IMF chief said on Wednesday.

Kristalina Georgieva made the remarks during the launch of Global Center on Adaptation (GCA) Africa regional office in Ivory Coast.

Hosted by the African Development Bank (AfDB) at its headquarters in the Ivorian capital Abidjan, the GCA Africa aims to work with partners across the continent to scale and accelerate adaptation action that protects African communities from the impacts of climate change.

Climate change is a change in the average conditions such as temperature and rainfall. Scientists have observed Earth’s surface is warming, and many of the warmest years on record have happened in the past 20 years.

“After the current crisis, boosting resilience is an urgent priority so it’s vital we share the knowledge and best practices that can help accelerate climate adaptation,” Georgieva said.

Akinwumi Adesina, president AfDB, said the bank has committed to double its financing for climate to $25 billion by 2025, with over 50% devoted to climate adaptation. “Africa must not be short-changed by global climate finance. We will partner with the GCA to mobilize more resources for climate adaptation,” he said.

Ban Ki-moon, co-chair of the GCA board, said it is a historic moment to accelerate climate adaptation in Africa, the second most-populous continent. “Nowhere is the challenge of achieving sustainable development in the face of a changing climate more acute,” the former UN secretary-general said.

In May this year, the GCA Africa published a policy brief, which was endorsed by the continent’s 54 countries. It recommended investment on “resilient infrastructure and food security to overcome the COVID-climate crisis.”