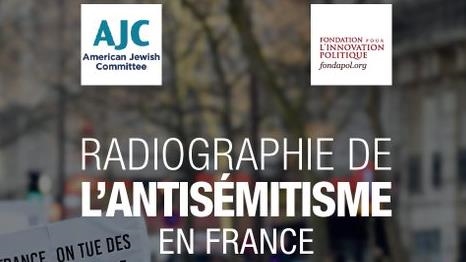 A study on antisemitism in France has found that a vast majority of the Jewish community has been subjected to some form of “anti-Semitic behavior during their lives,” including verbal or physical assault.

Commissioned by the American Jewish Committee (AJC) and the Paris-based Foundation for Political Innovation and conducted by the French Institute of Public Opinion (IFOP), it found that 62% of those surveyed last year believed that hatred towards Israel was the top reason for the mistreatment they faced.

While 74% of those surveyed reported having been verbally or physically assaulted at least once, the rate increased to 78% among those who regularly wear a kippah, the skullcap worn by observant Jews.

The research showed that 85% of Jews and 64% of the French believe that anti-Semitism is widespread and growing in France.

Meanwhile, 30% of French people believe that Jews are richer than the average population and 25% think that Jews have too much power in the fields of media and finance.

Additionally, the study revealed that 60% of anti-Semitic insults are experienced in schools.

It also showed that 48% of Jews hide their religious identity during an argument, while this rate rises to 63% among Jews who have been verbally or physically assaulted before.