TurkishPress
Home Americas US & Canada Study: 2,000 more lynchings of blacks than were thought 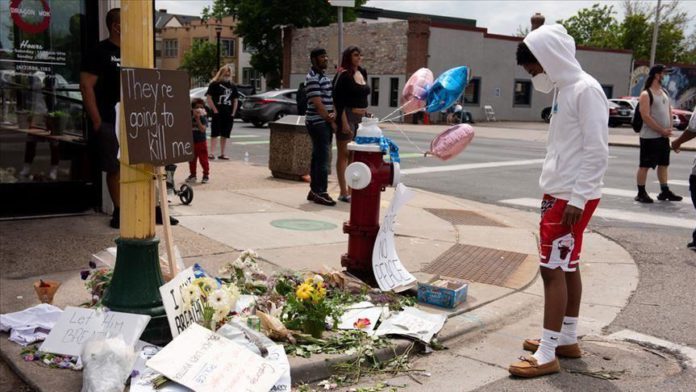 The number of black Americans who were killed by enraged white mobs after slavery was formally outlawed in the US is at least 2,000 more than previously thought, according to a study released Tuesday.

The Alabama-based Equal Justice Initiative’s researchers studied what is known as the Reconstruction period of US history, which followed the 1861-1865 Civil War. After the Confederacy was ultimately defeated by Union forces, slavery was abolished nationwide through the Thirteenth Amendment.

“We cannot understand our present moment without recognizing the lasting damage caused by allowing white supremacy and racial hierarchy to prevail during Reconstruction,” said the non-profit group’s director, Bryan Stevenson.

The Confederacy had fought to maintain the legal right to own black people as slaves, and while the practice was formally ended following the war white mobs would continue to attack and lynch former slaves.

The initiative documented 6,500 lynchings between 1865 and 1950, finding a dramatic increase in the number of cases during Reconstruction, which spanned the 12 years beginning at the Civil War’s conclusion.

While it found 2,000 more cases during that period it cautioned that thousands of other people were attacked, terrorized and sexually assaulted by white mobs and individuals who were protected from prosecution for their crimes.

Not only were the perpetrators seldom held to account, the initiative said “they were often celebrated” as former enslavers and Confederate veterans “organized a reign of terror that effectively nullified constitutional amendments designed to provide Black people with equal protection and the right to vote.”

“Violence, mass lynchings, and lawlessness enabled white Southerners to create a regime of white supremacy and Black disenfranchisement alongside a new economic order that continued to exploit Black labor,” the report says.

“White officials in the North and West similarly rejected racial equality, codified racial discrimination, and occasionally embraced the same tactics of violent control seen in the South,” it added.

US: 2 dead, 8 injured in nightclub shooting