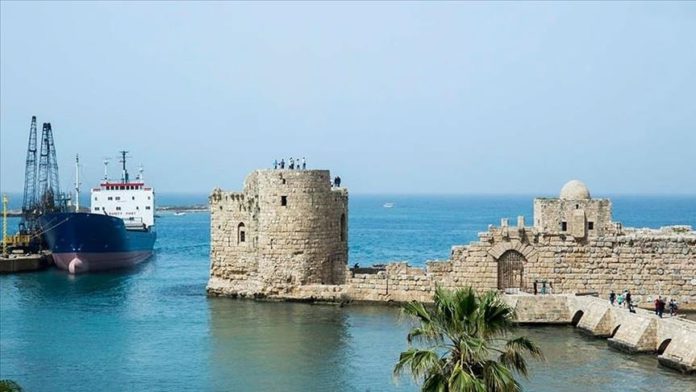 Experts are working hard to shed light on the history of the Byzantian-era castle discovered in the Sea of Marmara, northwestern Turkey.

Unearthed in 2019 during an underwater research off the coast of Yalova, the Kibatos Castle was three meters (almost 10 feet) deep.

The ancient castle is thought to have submerged due to earthquakes.

Experts are carrying out a research titled Yalova Coasts Ancient Harbor and Underwater Survey to learn more about the castle.

The survey team headed by Serkan Gunduz has reached many evidences enlightening its history.

Gunduz, an archeology professor at Uludag University in Turkey’s Bursa, said that a pier, which was also mentioned in works of famous Ottoman traveler Evliya Celebi, and a structure thought to be a lighthouse, were among the discoveries besides the ruins of the castle.

“According to written sources, the pier and the lighthouse, used in Byzantine and Ottoman eras, shed light on the importance of the region in the Ottoman period,” he told Anadolu Agency.

The professor said that the underwater survey also clears up shoreline changes and earthquakes in the region located on the North Anatolian Fault.

“Although it was not clear when the castle submerged, it is thought to have been inundated as a result of a severe earthquake along the North Anatolian Fault,” he added.

Researches in the area found archeological discoveries dating back to from 4th to 12th centuries, Gunduz said, adding another underwater cultural heritage discovered in the region is thought to be the Limnae Ancient City.

The survey is being carried out with the permission of the Ministry of Culture and Tourism, support of the Turkish Historical Society, and financed by Yalova’s Altinova Municipality.

The Kibatos Castle was built during the reign of Byzantine Emperor Alexius in the Bay Nicomedia, an ancient Greek city located in what is now Turkey.

It is considered by many researchers that the castle was founded for the Anglo-Saxon soldiers, who took refuge in the Byzantine Empire after the Battle of Hasting, Gunduz said.

“This castle, which is called Civetot in Latin chronicles, and Kibatos in references of [Byzantine author] Anna Komnene, has witnessed important events in history.

“The most important of these is the first battle that Anatolian Seljuks won against the Crusaders, which is not much known in the Turkish history,” Gunduz said, adding that a martyrs’ cemetery was built there afterwards and it started to be used as a monastery affiliated with the Cluny sect based in France.

Gunduz said that the monastery was tried to be converted into a castle with walls added, and it was allocated to Latin knights after Istanbul’s invasion in 1204.

While the fortifications were not completed, the valuable items in the castle, which was damaged during the sea battle between the Latins and the Byzantines, were moved to Istanbul, he added.

The European Federation of Cluniac Sites has been working hard for the cultural and natural areas belonging to the Cluny to be included in the UNESCO World Heritage List, Gunduz said.