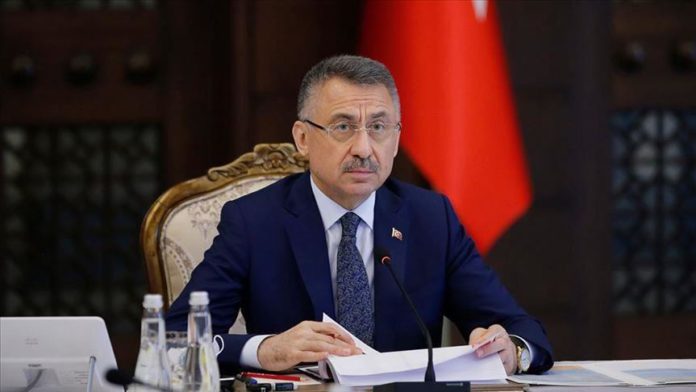 The Turkish vice president on Friday said Turkey and the US have deepened cooperation on Libya and this can make a “positive difference.”

Fuat Oktay’s remarks came at a joint webinar of Union of Chambers and Commodity Exchanges of Turkey (TOBB) and the US Chamber of Commerce.

“We are also deepening our bilateral consultations on Libya as agreed upon by the presidents [of Turkey and US] in their call on June 8,” he said.

“Turkey and the US can together make a positive difference,” Oktay added.

On Thursday, Turkey’s top diplomat said that Turkish foreign and defense ministries and intelligence will soon work with US counterparts on Libya.

Foreign Minister Mevlut Cavusoglu said President Recep Tayyip Erdogan propose that Turkey and the US work together in Libya and US President Trump took it positively.

“We received instructions to work together,” with US counterparts, which “is important for the stability of the region and future of Libya,” said the minister.

Under the deal, Turkey has sent advisers to help the Libyan Army defeat the militias of warlord Khalifa Haftar.