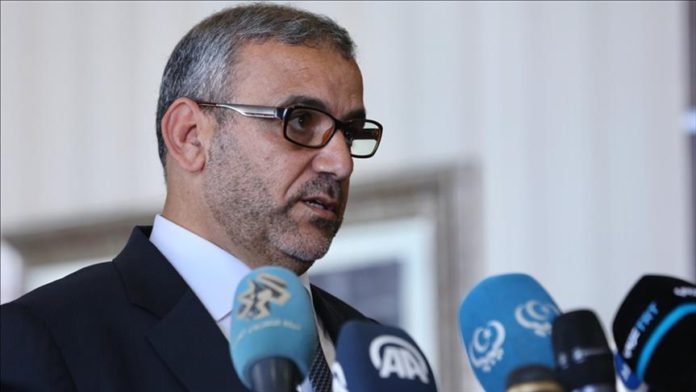 Political and military institutions in Libya have declared their rejection of any constitutional basis that will allow warlord Gen. Khalifa Haftar to vie for the country’s presidency.

Speaking after the latest meeting of Libya’s Political Dialogue Forum (LPDF) held in Switzerland on June 28-July 3, chairman of the Libyan High Council of State Khalid al-Mishri blamed some members in the forum of failing Libyans by refusing to agree on conditions that prevent military leaders from vying for the country’s presidency.

“Remove your military uniform, drop your foreign citizenship, and settle your legal case on war crimes, but you will lose at the ballot boxes just as you lost at the ammunition boxes,” al-Mishri said in a Facebook statement targeting Haftar.

Meanwhile, Libya’s Justice and Construction Party (JCP) said they are totally against returning of the country to dictatorship.

“The Justice and Construction Party looks forward to working with all political and national forces to reach a stable and civil state that alleviates the suffering of the people, and rejects the return to despotism and establishment of a one-man rule,” JCP said in a Facebook statement.

For its part, the Western Tripoli Protection Force rejected any proposal that will pave way for the candidacy of someone who “shed the blood of Libyans and attempted a coup against the country’s legitimate government.”

As part of a UN-led dialogue, meetings of the 5+5 Joint Military Committee were held on Oct. 23, 2020 in Geneva, Switzerland. As a result of the meetings, a permanent cease-fire agreement was signed between the legitimate Libyan government and a delegation affiliated with Haftar.

Within the scope of the political process that started after the cease-fire agreement, the LPDF decided in November last year that elections would be held in December of this year.

Libyans hope the new unity government will end years of civil war that have engulfed the country since the ouster and killing of leader Muammar al-Qaddafi in 2011.

* Writing by Ibrahim Mukhtar in Ankara.