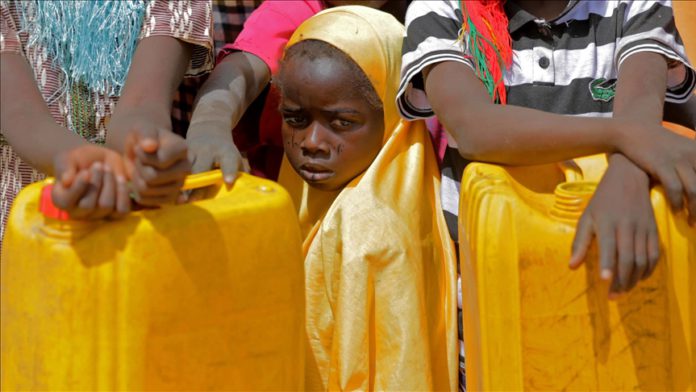 Members of parliament from rural constituencies in Uganda said on Wednesday that many urban dwellers are stranded and starving due to a COVID-19 lockdown, urging the government to ensure that the vulnerable are looked after.

During a news conference, the lawmakers requested the authorities to take the starving urban dwellers to their villages of origin where “there is a lot of food.”

“The government should provide free transport to those suffering in the city. There is a lot of food in villages,” said Juliet Agasha, a woman MP from district Mitooma.

Thousands of Ugandans are facing food shortage in cities and towns due to restrictions announced by President Yoweri Kaguta Museveni on June 6. He banned movement from one district to another, as well as movement to city and town centers, leaving all those in suburbs stranded. Nearly 90% of the city and town dwellers in Uganda live in suburbs and slums.

Uganda has 140 districts, 10 cities, and 40 towns with most of the people in urban areas having migrated from villages.

According to Thomas Kapo Kigozi, a local leader in Kampala, at least five people have died from hunger in the capital. “Many of us are either starving or on the verge of starvation. Police have blocked all roads to the city center. We are asking the government to provide us free transport to take us to our villages,” he said.

Winnie Namuli, a mother of four, told Anadolu Agency: “In our village, there is a lot of food. But I am here starving with my children. I cannot go there because of the lockdown.”

According the Health Ministry, 84,554 COVID-19 cases and 1,995 related deaths have so far been confirmed in the East African country.

Spain calls for calm, stability in Tunisia amid political turmoil