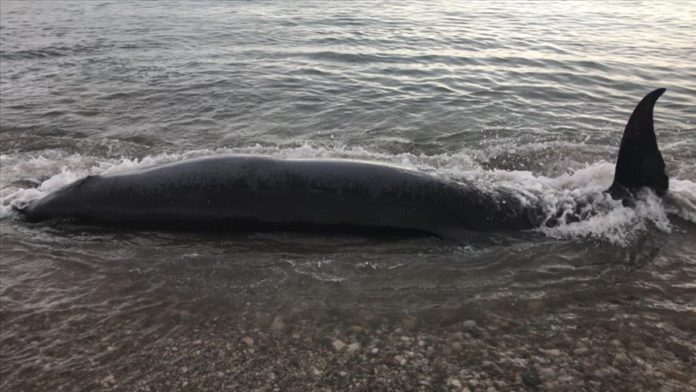 A baby whale stranded off the coast of Greece’s Salamis Island was found dead, local media reported on Wednesday.

On Jan. 29, the whale was first detected with a severe wound on its muzzle and some superficial wounds on its skin off the coast of Paleo Faliro district in eastern Athens.

Consequently, a team of scientists, divers, and two specialized veterinarians from the Hellenic Center for the Rescue and Care of Marine Mammals was mobilized to provide the injured animal with first aid and keep it alive.

However, a boat of the Greek Navy, which for the last 24 hours has been conducting patrols around the island of Salamis to monitor the whale, found it dead, the Greek daily Ta Nea said.

Deputy Minister of Environment and Energy Georgios Amyras stated: “The already injured and weak whale could not survive despite our best efforts.”

“We knew from the first clinical and hematological examinations performed on the whale that the results were not encouraging, but we did what was humanly possible to save it,” he said.