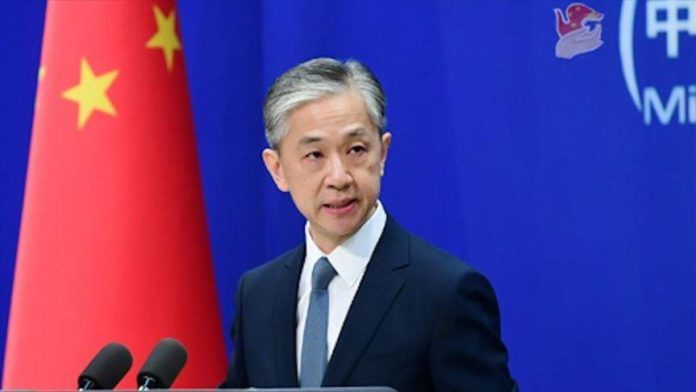 Warning against what it said were efforts to politicize the work, China on Monday slammed fresh demands for a new probe into the origins of the COVID-19 pandemic.

“Those so-called scientists are politicians. True scientists with a neutral position are facing attacks by extreme forces of certain countries,” said Wang Wenbin, spokesperson for China’s Foreign Ministry, commenting on calls by some countries and scientists for another investigation to determine the cause of the pandemic.

He urged world leaders to “stop politicizing the COVID-19 origins-tracing work and the public not to be misled by the lies and disinformation,” Chinese daily Global Times reported.

Wang added that a World Health Organization (WHO) team that visited China earlier this year for an investigation had “already released a scientific conclusion.”

A report released after the joint China-WHO study said there was insufficient evidence that the virus had spread in Wuhan before December 2019.

The findings, however, drew criticism from several quarters and many countries, including the powerful G7 nations, have continued to demand a new probe.

At a summit last month, leaders of the G7 states – the UK, US, France, Canada, Germany, Italy, and Japan – called for a “timely, transparent, expert-led and science-based WHO-convened Phase 2 COVID-19 origins study including, as recommended by the experts’ report, in China.”

China has reported 91,869 coronavirus cases, including 4,636 deaths, since the outbreak began in December 2019.

A total of 22 new infections were reported on Monday, including three cases of local transmission in Yunnan province, where authorities have now imposed strict restrictions and launched a widespread testing drive.