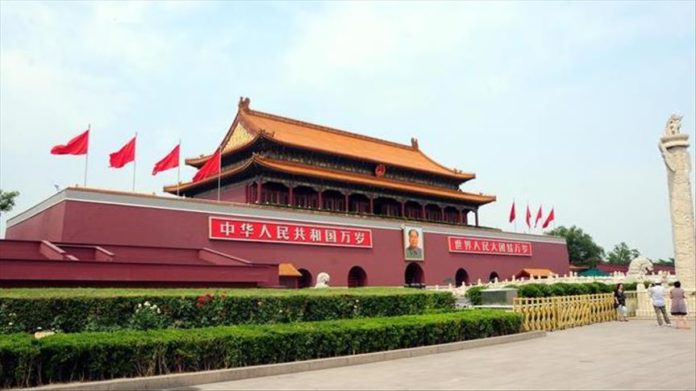 China on Thursday urged the US to cut off military ties with Taiwan and stop selling weapons to the island.

At a news conference in Beijing, Foreign Ministry Spokesperson Zhao Lijian said China “firmly opposes” US arms sales to Taiwan and has lodged “solemn representations” over the issue.

“We urge the US to earnestly abide by the one-China principle and the three China-US joint communiques and stop arms sales to and military ties with Taiwan, lest it should further harm China-US relations and cross-straits peace and stability,” he said.

The rebuke came a day after the US State Department approved the possible sale of weapons worth $180 million to Taiwan, which Beijing claims as a “breakaway province.”

The weapons include 18 MK-48 Mod6 Advanced Technology Heavy Weight Torpedoes and related equipment, including spare parts and support and test equipment, the US Defense Security Cooperation Agency said in a statement on Wednesday.

Zhao also hit back at US Secretary of State Mike Pompeo for his recent critical comments on China’s political system.

“Mr. Pompeo lied again as he normally does. He really is second to none at being an extremely irresponsible politician. But the international community has already seen through the set of lies he tries to sell,” he said.

“On the issues related to Taiwan and Hong Kong, Pompeo should first figure out the territorial scope of the US and stop poking his nose into China’s internal affairs, otherwise his attempts will be countered.”

'Syrians must be put first amid proxy war in country'