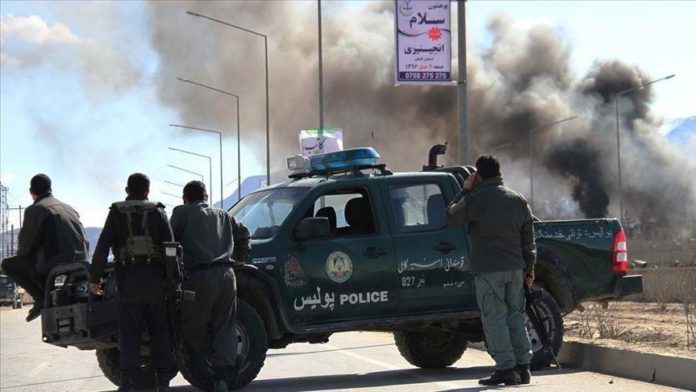 A senior Afghan government official was among three people killed in the capital Kabul on Sunday, an official confirmed, as violence continues despite the start of the second round of peace talks.

Zia Wadan, a spokesman for the Afghan Public Protection Force, was on his way to work during the morning rush hour when a sticky bomb attached to his car went off, killing Wadan and two others, the Interior Ministry said.

Ministry spokesman Tariq Arian claimed that the Taliban are involved in a string of similar attacks, many of whom have been held. “The Taliban are responsible for these crimes and killings. Certainly, they will be responded,” he told Anadolu Agency.

Condemning the attack, Afghan President Ashraf Ghani said the increase in violence is contrary to the commitment to peace by the insurgents.

There has been a recent uptick in attacks on journalists, activists and officials. The latest assault comes a day after the Taliban and Afghan government representatives resumed intra-Afghan talks in Doha, Qatar.

The talks, which began last September, are aimed at ending the nearly two-decade-long conflict, and devise a road map for post-war Afghanistan. The first round of negotiations ended last month after the rivals agreed on procedural rules.

The dialogue came after landmark deal between the US and the Taliban in February 2020 to withdraw all foreign troops from the war-torn country in 2021.

US officer charged with spying on Tibetans for China