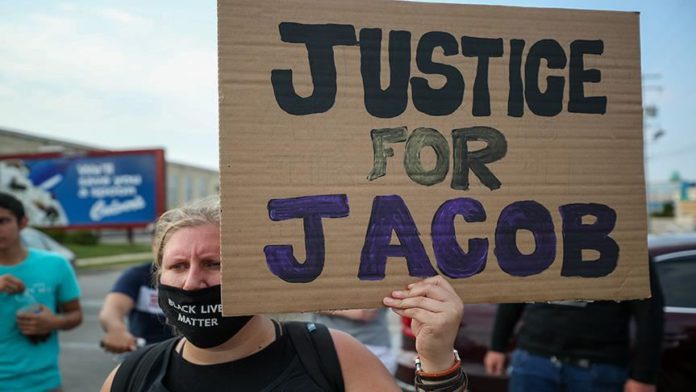 Jacob Blake, the Black man who was shot in the back seven times by a white officer during an attempted arrest in Wisconsin last month, called on supporters to “stick together.”

In a video from his hospital bed, the 29-year-old said he is in constant pain and “it hurts to breathe.”

The video was posted by his family’s attorney, Benjamin Crump, on Saturday and it has more than 555,000 views so far.

“I just want to say, to all the young cats out there and even the older ones, there’s a lot more life to live out here man, please, I’m telling you, change your lives out there.

“We can stick together, make some money, make everything easier for our people out there, man, because there’s so much time that’s been wasted,” he added.

A video that has circulated widely on social media showed Blake walking away from police as they attempt to apprehend him with guns drawn.

They opened fire after Blake opened the driver’s side door of an SUV and began to enter the vehicle with his back facing the two officers on Aug. 23 in Kenosha, a city in Wisconsin.

Floyd was suffocated to death on May 25 when then policeman Derek Chauvin crouched on his neck during his arrest in the city of Minneapolis, Minnesota.