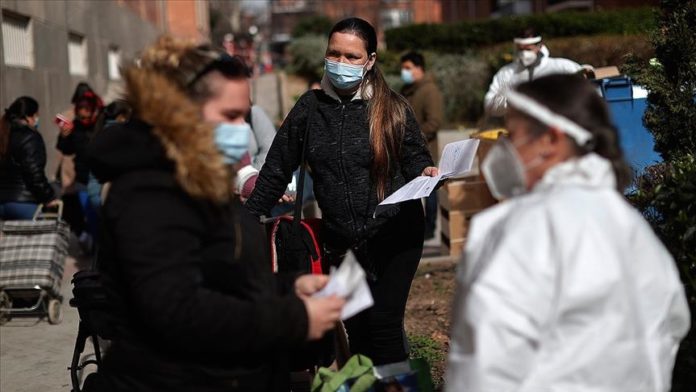 A senior World Health Organization (WHO) doctor warned on Wednesday of a worrisome rise in COVID-19 cases after weeks of falling infections and urged people to observe counter-measures to check the virus even as vaccinations continue.

Maria Van Kerkhove, one of the WHO’s leading infectious diseases experts, and Mike Ryan, the head of the health body’s emergencies program, spoke on a live worldwide social media session.

Van Kerkhove said weeks of a downward trend in infections had been encouraging, but people still need to stay the course as “there is light at the end of the tunnel.”

“While vaccines are being rolled out in many countries around the world, we need to continue to stay the course,” she said.

Van Kerkhove noted that several countries had reported a return to rising case numbers in the last week.

“This is quite concerning. And the reason is because the world right now is quite fatigued with this pandemic.”

The WHO’s weekly epidemiological update said Wednesday that more than 2.6 million new cases were reported last week, a 7% increase compared to the previous one, following six consecutive weeks of decline.

It said the global case increase was driven by increases in the Eastern Mediterranean (14%), Southeast Asia (9%), Europe (9%), and the Americas (6%).

“What we’re worried about is that with the introduction of vaccines and vaccination in a number of countries, we still need people to carry out their individual-level measures,” she said, citing basic steps long-recommended by the WHO.

These include carrying out physical distancing, working from home, if asked to, wearing a mask, and ensuring hand hygiene.

“Because, we have quite a way to go to continue to drive transmission down,” said the WHO doctor.

For his part, Ryan said the virus had “no respect for dates”.

“We may be relaxing a little before we’ve got the full impact of vaccination. And I know everyone is just so tired of this and so exhausted and weary.”

He said that every time countries relaxed too soon, “the number of cases has risen rapidly,” along with hospitalizations following by climbing deaths.

Ryan noted that 265 million doses of vaccines had been administered.

“But remember, 80% of those doses have been omitted In just 10 countries so far,” said Ryan while noting that “we’ve had a huge success of the science and the ramp up production of vaccines.”

Campaigns have now started to put jabs in arms in 115 different economies, “but many countries are well behind,” said Ryan.

UNHCR getting overwhelmed by refugees fleeing from DR Congo