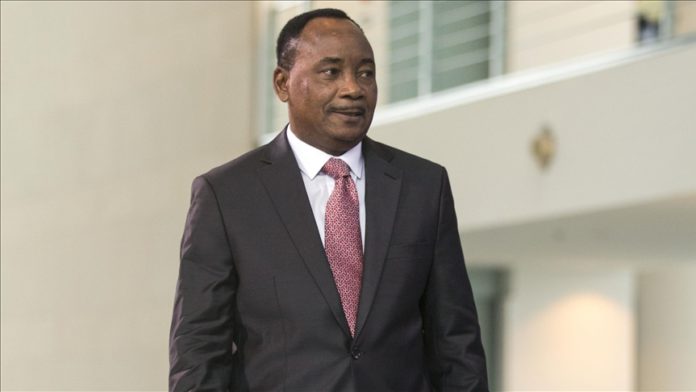 Several African Union (AU) leaders gathered in Ghana on Friday to unveil a bust of Mahamadou Issoufou, a former Nigerien president honored for having promoted the creation of the African Continental Free Trade Area (AfCFTA).

“I have a double satisfaction to have been distinguished and to receive this distinction here in Accra, the Mecca of pan-Africanism,” said Issoufou.

It also honors the Nigerien people and the generations of Pan-Africanists who created the organization, he said.

AfCFTA Secretary-General Wamkele Mene said: “Great lengths to lead and oversee the establishment and implementation of the African Continental Free Trade Area” and with him, “we have made progress that we are celebrating today.”

Issoufou received the honor a few months after receiving the Mo Ibrahim Prize in March 2021 for advocating democratic alternation when he renounced a third term as Niger’s president.

His counterparts celebrated his “leadership” as the head of AfCFTA, launched on Jan. 1, 2021 with 54 of 55 AU nations.

“He has carried this project with bravery and admiration to the end,” said AU President Felix Tshisekedi.

It is through his leadership that, according to Nana Akufo Addo, the leader of Ghana, the African free trade area has been “signed by 54 African Union states and ratified by 40.”

“Through his work, we have made the journey of consolidating this common trading area with a population of 1.3 billion people with a GDP of over $85 billion. This is an opportunity for the economic potential of Africa,” he added.

For Issoufou, the project is the result of the political will and support of African heads of state.

He said they have understood “the absurdity of maintaining in this era of globalization in Africa balkanized, with 84,000 kilometers that block the movement of people, goods and services.”

They have also “shown leadership” by setting out a vision of an Africa that is, among other things, united, prosperous, inclusively growing, well-governed, respectful of human rights and justice, resilient and internationally influential, he noted.

These goals are based on “immense natural resources and extraordinary demographic assets provided they are respectfully transformed into economic dividends and manufactured goods,” he said.