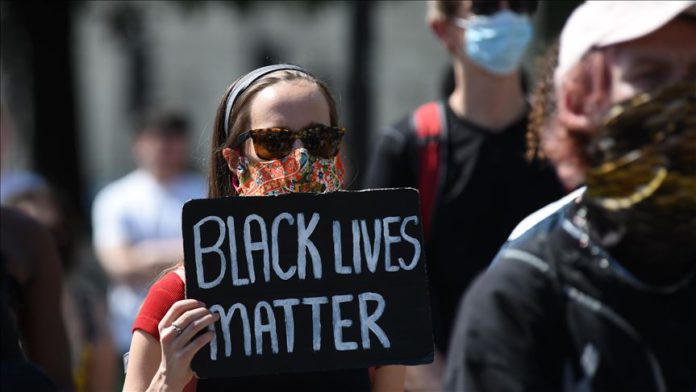 Bristol City Council on Thursday removed a statue of a Black Lives Matter protester which was placed on the pedestal where the statue of slave trader Edward Colston used to stand.

The BLM statue was erected yesterday without the council’s permission, and removed in the early hours of this morning.

“This morning we removed the sculpture. It will be held at our museum for the artist to collect or donate to our collection,” Bristol City Council said in a statement.

Bristol Mayor Marvin Rees told Sky News: “We welcome the provocation in many ways, but you also need to be an adult and take full responsibility for what you do.

“We need to make sure public services in Bristol do not pay the price for this.”

Rees added that the replacement for Colston’s statue “must be decided by the people of Bristol” and “tell our full history.”

BBC Bristol said that the artist responsible for the statue would be charged with the cost of its removal.

Rees told the BBC: “This is not about taking down a statue of Jen, who is a very impressive woman.”

“This is about taking down a statue of a London-based artist who came and put it up without permission.”

The latest statue depicted Black Lives Matter protester Jen Reid, with her right fist raised in the black power salute. It is a replica of her actual stance on top of the pedestal straight after Colston’s statue was toppled.

Reid herself told the Guardian: “It’s just incredible. This is going to continue the conversation. I can’t see it coming down in a hurry.”

Colston’s statue was retrieved from the river, where it was dumped after being toppled, and will go on display at a local museum, along with signs from the Black Lives Matter protests.

Edward Colston worked at a slave company that transported around 84,000 African slaves – men, women, and children. He was a native of Bristol and an active philanthropist in his home city. Due to his charitable contributions, several roads, schools, and other landmarks are named after him.

In a powerful image shared on social media, Black protesters were seen kneeling on the neck of the toppled statue for eight minutes – the same length of time as the US police officer who knelt on George Floyd’s neck killing the African-American man, sparking a global wave of demonstrations against police brutality and racial injustice.

2 children in Zambia die after being swept away by floodwaters