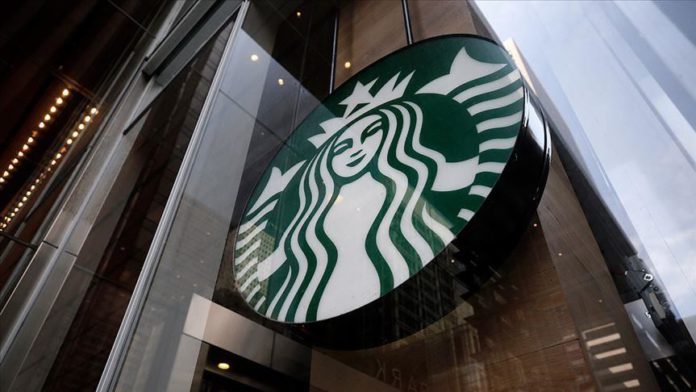 “We see you. We hear you. Black Lives Matter. That is a fact and will never change,” it added.

The announcement follows a reported internal memo the company issued last week, asking employees to refrain from wearing shirts, pins and other apparel supportive of the movement.

The memo, obtained by Buzzfeed News, told employees its decision was driven, in part, by “agitators who misconstrue the fundamental principles of the Black Lives Matter movement — and in certain circumstances, intentionally repurpose them to amplify divisiveness.”

In addition to its change of course, Starbucks told employees on Friday that it is designing a Black Lives Matter and allies t-shirt for employees to wear in conjunction with the Starbucks Black Partner Network, but did not specify when they would be made available.

“Until these arrive, we’ve heard you want to show your support, so just be you. Wear your BLM pin or t-shirt. We are so proud of your passionate support of our common humanity. We trust you to do what’s right while never forgetting Starbucks is a welcoming third place where all are treated with dignity and respect,” the company said.

Video recordings of Floyd’s death elicited widespread outrage and demonstrations in the US and beyond, condemning police brutality and racism.

In the footage, Floyd, 46, is seen pinned to the ground as a white officer’s knee sits on his neck for nearly nine minutes. He pleads and moans that he cannot breathe, but the officer does not let up even after Floyd appears to lose consciousness.