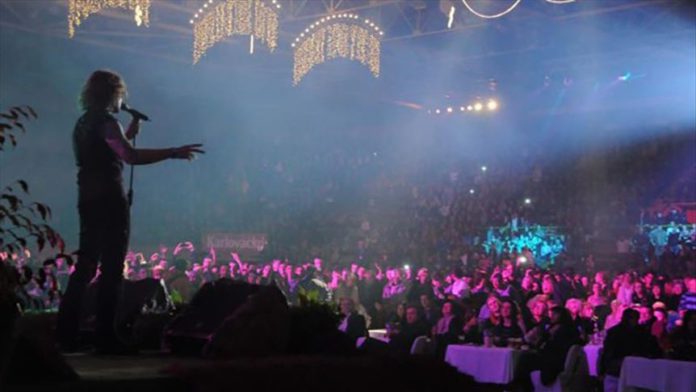 Italian tenor Andrea Bocelli, who is known for the fusion of opera and pop music, said that he was hoping to meet his Turkish fans at the first opportunity.

The world’s most popular living tenor is in Prague for the recording of his new album.

He was hosted for dinner by Turkey’s Ambassador to the Czech Republic Egemen Bagis.

The 61-year-old opera singer was accompanied by his family and team, the embassy said on Instagram sharing four pictures.

Bocelli “shared his hope to meet with his Turkish fans at the first opportunity,” the statement added.

Having recorded several solo albums and sold millions of records worldwide, Bocelli has performed duets with artists such as Celine Dion and Jennifer Lopez.

Bocelli was diagnosed with congenital glaucoma when he was an infant, but became completely blind at the age of 12 following a football accident.