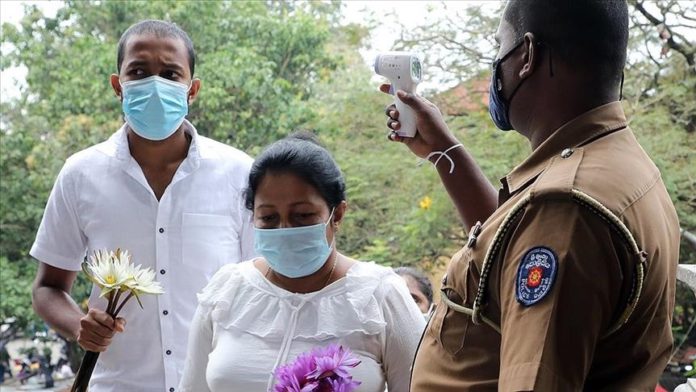 Brushing aside pressure from various Muslim countries to stop cremating Muslim bodies, Sri Lanka on Thursday declared that it will continue to cremate all the bodies that have died of COVID-19.

Health Minister Pavithra Wanniarachchi told the Parliament on Thursday, stressing that the decision was taken in line with the report prepared by the College of Community Physicists of Sri Lanka (CCPSL) last week: “It says in the report that cremation is the safest method for removing the bodies of COVID-19 victims.”

Wanniarachchi argued that compulsory cremation of bodies is for health reasons only.

Ali Zahir Moulana, former member of Sri Lankan parliament and state minister, claimed on Twitter: “It is now clearly evident that Wanniarachchi has misled the Parliament by saying no committee was formed.”

“This government’s decisions are not based on science, but on politics and racism and their overt prejudice and bigotry are now on full display,” Moulana added.

Moulana said the CCPSL’s report clearly states those who died from coronavirus could be buried, calling on Wanniarachchito to “show the report, or table such report in Parliament for public review.”

The Sri Lanka Medical Association (SLMA) said in its report released on January 2 that both cremation and burials are acceptable as means of disposing of COVID-19 victims’ bodies, provided that health measures are followed.

In March last year, Sri Lanka’s Ministry of Health declared that burying coronavirus victims could spread the virus so that all bodies, irrespective of religion, will be cremated.

NGOs and minority groups in Sri Lanka have filed petitions before the Supreme Court pleading to stop the cremation of Muslim bodies. But the apex court dismissed all such petitions.

Since the beginning of the pandemic, Sri Lanka has reported 46,780 coronavirus cases, including 222 deaths. A total of 39,661 patients have recovered from the virus in the country.

US says sanctions on Myanmar 'priority' after coup