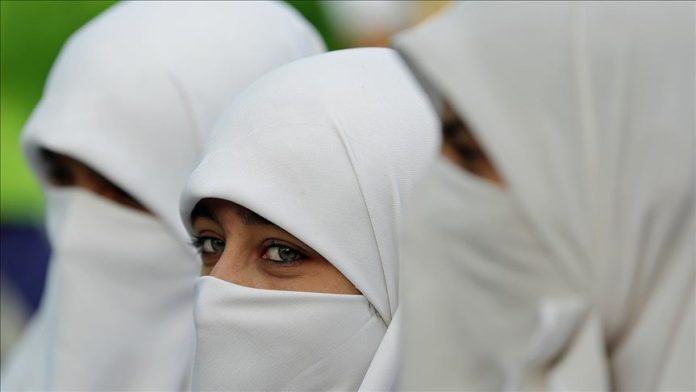 After facing widespread criticism, Sri Lanka on Tuesday rushed to clarify that no decision has been taken to ban burqa, an all-covering robe worn by some Muslim women, in the country.

“It is merely a proposal, which is under discussion,” Foreign Secretary Jayanath Colombage said in a statement.

“This proposal has been based on the precautionary measures that are needed on national security grounds, following the investigations of the Presidential Commission of Inquiry on Easter Sunday attacks,” he said, referring to the 2019 bombings which killed over 260 people in the country.

The government will initiate a broader dialogue with all parties concerned, he asserted.

“Sufficient time will be taken for necessary consultations to be held and for consensus to be reached,” he added.

“It has a direct impact on national security,” he said, a day after seeking approval of the Cabinet to ban burqas. However, the said proposal was reportedly not taken up for discussion during the Cabinet meeting held on Monday.

It was in 2019 that Sri Lanka banned burqa temporarily soon after the Easter Sunday bomb attacks on churches and hotels that killed more than 260 people in the island nation.

“OIC-IPHRC condemns Sri Lankan Ministers’ statement to ban burqas and madrassas being violative of Art. 18 & 27 of ICCPR which guarantees minorities the right to freely profess, practice and manifest their religion,” the OIC human rights body said on Tuesday, referring to the International Covenant on Civil and Political Rights.

It added the IPHRC urges Sri Lankan government “to publicly denounce such discriminatory and Islamophobic statements and desist from any measures against law abiding Muslims which negate spirit of pluralism and contravene international human rights law.”

Pakistan’s Ambassador to Sri Lanka Saad Khattak said the ban would “only serve as injury to the feelings of ordinary Sri Lankan Muslims and Muslims across the globe.”

“At today’s economically difficult time due to the pandemic and other image related challenges faced by the country at international fora, such divisive steps in the name of security, besides accentuating economic difficulties, will only serve as fillip to further strengthen wider apprehensions about fundamental human rights of minorities in the country,” Khattak wrote on Twitter.

In a latest report, Islamophobia/Anti-Muslim Hatred to Eliminate Discrimination and Intolerance Based on Religion or Belief, Shaheed remarked: “Muslims often feel stigma, shame and a sense that they are ‘suspect communities’ who are being forced to bear collective responsibility for the actions of a small minority.”

He added bringing essential services including education and care sectors within the national security apparatus disproportionately heightens surveillance of Muslims.

Shaheed emphasized that such government policies suppress the ability of Muslims to freely be Muslim.

Turkey invests over $401B in transport, communication