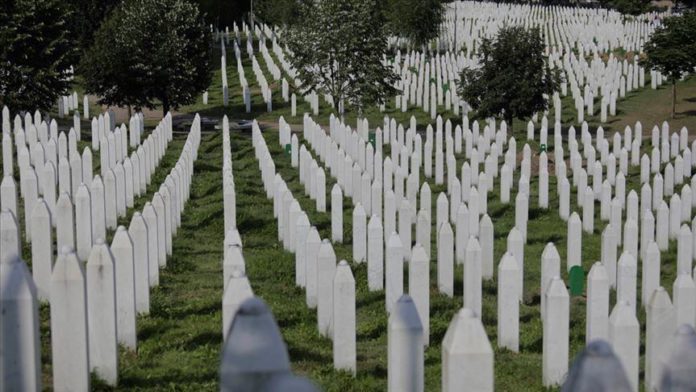 The Srebrenica genocide is still “an open wound” at the heart of Europe, said an EU commissioner on Tuesday.

Addressing a virtual conference dedicated to the 25th anniversary of the Srebrenica genocide, Oliver Varhelyi, commissioner for neighbourhood and enlargement, said that the genocide reminds us of our shared responsibility to prevent it from ever happening again.

“Srebrenica calls for accountability. Justice must be served, and all those responsible for the massacre must face the consequences of their actions. 25 years on, it is more urgent than ever to end impunity for the perpetrators of war crimes,” said Varhelyi.

He stressed that it was one of the darkest moments of Europe’s modern history.

“The massacre was recognized as an act of genocide by two different international courts…These established facts about what happened in Srebrenica should today be clear to all. This part of European history must be upheld against any attempt at denial and revisionism, which contradicts the most fundamental European values. Attempts to rewrite history in Bosnia and Herzegovina or anywhere else are unacceptable,” said the EU official.

“It is up to all of us in Europe to learn a lesson from Srebrenica. The values so dramatically were violated 25 years ago,” said Varhelyi.

Bosnia and Herzegovina on Saturday will mark the 25th anniversary of the Srebrenica genocide.

In the spring of 1993, the UN Security Council declared Srebrenica a “safe area.” However, Serbian troops led by Gen. Ratko Mladic — later found guilty of war crimes, crimes against humanity, and genocide — overran the UN zone.