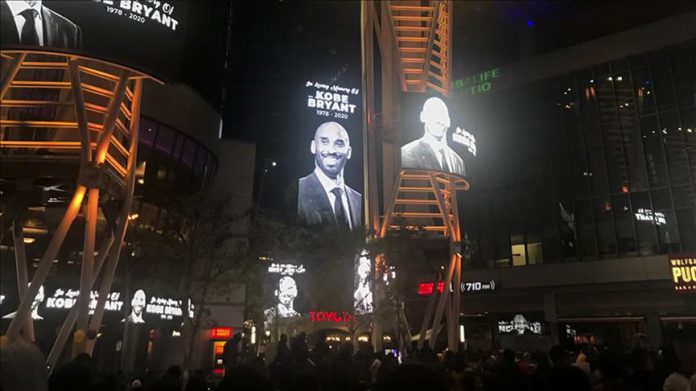 NBA games continued on Sunday in the shadow of NBA legend Kobe Bryant’s tragic death in a helicopter clash in California.

The game between San Antonio Spurs and Toronto Raptors started about an hour after the Lakers legend’s death was confirmed.

Fans in the AT&T Center held a moment of silence for Bryant just before the start of the game.

Spurs and Raptors each took a 24-second violation to honor Bryant, who wore No. 24 and No. 8 jerseys during his 20-year career with the Lakers.