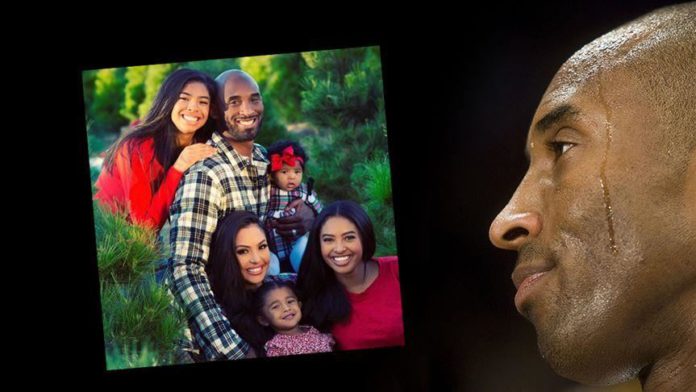 The year 2020 was a bitter one for humanity as the coronavirus pandemic has led to a big crisis. But this year also hurt the sports world over the deaths of many big figures.

Former USA and the Los Angeles Lakers shooting guard Kobe Bryant, 41, was killed in a helicopter crash in January as his death stunned the world.

On Jan. 26, Bryant and his 13-year-old daughter Gianna were on board with seven other people near Calabasas, California, where the crash that killed everyone on the chopper occurred.

Kobe is survived by his wife Vanessa and three other daughters.

In February, the NBA All-Star game MVP (Most Valuable Player) award was permanently named for Bryant. The NBA said on its website that it would be referred to as “The Kia NBA All-Star Game Kobe Bryant MVP Award” from now on.

Following his death, the Lakers won the 2020 NBA title in October. The Los Angeles side has dedicated its recent triumph in remembrance of the legendary player, who led the team to the 2010 title.

Bryant was nicknamed the Black Mamba for his relentlessness and prolificacy in the offensive play on the courts.

Black Mamba is one of the lethal and longest venomous snakes.

He also helped the US national team win two Olympic gold medals in Beijing 2008 and London 2012.

A former player of Leeds United, Norman Hunter, died of coronavirus on April 17.

“Leeds United are devastated to learn of the passing of club legend Norman Hunter at the age of 76,” the club said on social media to mourn him.

The ex-England defender had been in the hospital for the novel coronavirus diagnosis.

Hunter pledged the majority of his career to Leeds, playing for the English club between 1962 and 1976.

Hunter was also a part of the English national football team, who won the 1966 FIFA World Cup, the country’s sole major international triumph.

“We are devastated by the news that Jack Charlton, a member of our World Cup-winning team of 1966, has passed away,” the English national football team said in a tweet.

Charlton was battling lymphoma and also had dementia.

The Leeds United legend spent his whole career at the north England club.

“Charlton made a club record 773 appearances for Leeds United over 23 years as a player, becoming one of the all-time great central defenders in the game,” Leeds said.

He won the 1969 English league title with Leeds United.

Longtime Utah Jazz head coach Jerry Sloan died on May 22, the NBA franchise announced. He was 78.

“Jerry Sloan will always be synonymous with the Utah Jazz. He will forever be a part of the Utah Jazz organization and we join his family, friends and fans in mourning his loss,” the team said on its website.

Sloan carried the Jazz to the NBA Playoffs for 19 out of the 23 seasons.

Separately, in 1978 the Bulls retired his no. 4 jersey, making Sloan the team’s first-ever player to receive that honor.

Heinsohn was no more on Nov. 9 as he died of renal failure at the age of 86.

“We take this time to celebrate Tommy Heinsohn’s life and legacy, and to share in the sorrow of his passing with his family, friends, and fans. As long as there are the Boston Celtics, Tommy’s spirit will remain alive,” the Celtics said on Twitter.

He was one of the club’s icons, playing for the Celtics for 9 seasons and coached the Eastern Conference franchise in 1969-1978.

Former Celtics member Heinsohn won 10 NBA titles, he claimed 8 as a player and 2 as a head coach.

Near the end of the year, the Celtics were upset once again. Another club legend, KC Jones passed away on Dec. 25.

Hall of Famer Jones claimed a total of 11 championships with the Celtics, eight as a player in the 1950s and 60s, and three more as a coach in the 80s.

He won a championship in 1972 as an assistant coach with the Los Angeles Lakers.

Jones also helped the US team clinch a gold medal at the 1956 Summer Olympics in Melbourne, Australia.

Football icon Maradona passes away at 60

One of the best football players of all time, Argentine legend Diego Armando Maradona died of heart failure on Nov. 25.

Known for his pace, high technique, and dribbling skills, Maradona was a multifaceted talent on the green field as he could play as an attacking midfielder and forward.

He was also a regular player for the Argentine national team, where he won the 1986 FIFA World Cup in Mexico. 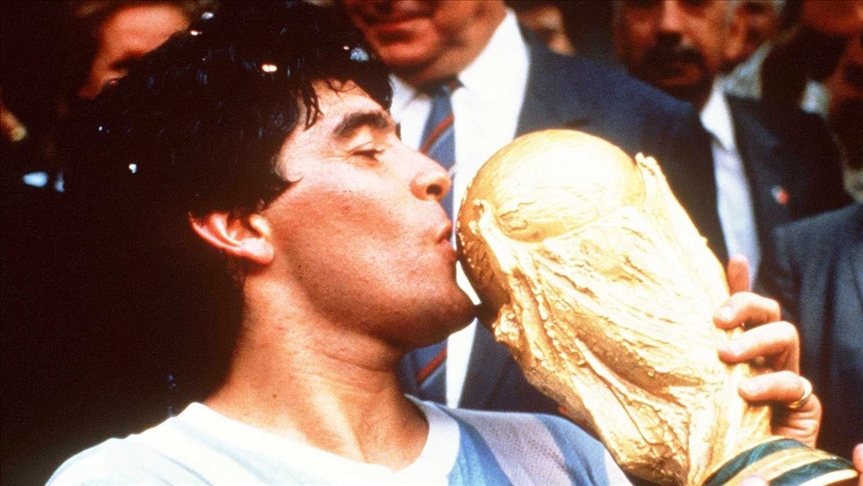 Maradona was a beloved Napoli player as he won two Italian Serie A titles in 1987 and 1990 as well as the 1989 UEFA Cup with this club.

Maradona scored 115 goals in 259 matches for Napoli. During the entirety of his career, he tallied 312 goals in 588 club appearances.

In addition to his World Cup victory in Mexico 86, Maradona had the runner-up medal in the 1990 World Cup.

He also scored 34 goals in 91 international caps for Argentina.

Argentina’s national team hired Maradona as a manager in 2008 for the 2010 World Cup in South Africa but he failed in this tournament.

Maradona’s men were eliminated in the quarterfinals over a shocking 4-0 loss to Germany in Cape Town.

After his death, Naples residents poured into streets to pay homage to their ex-legend.

A former Senegalese football player, Papa Bouba Diop, died at the age of 42 on Nov. 29.

It added that the former defensive midfielder will be remembered for scoring the opening goal of the 2002 FIFA World Cup co-hosted by South Korea and Japan.

Diop scored the winning goal for his native Senegal in the 2002 World Cup Group A match against France in Seoul as Senegal had the 1-0 win.

He won the 2008 English FA Cup with Portsmouth.

Diop retired from football in 2013.

US Olympic decathlon champion Rafer Johnson passed away on Dec. 2.

“World Athletics is deeply saddened to hear that 1960 Olympic decathlon champion Rafer Johnson – widely regarded as one of the all-time greats in the combined events – has died at the age of 86,” the international governing body for athletics announced on social media.

Johnson bagged an Olympic silver medal in the Melbourne 1956 games and gold in Rome in 1960 in men’s decathlon.

US media reported that Johnson died at his home in Sherman Oaks, Los Angeles.

In 1968, Johnson was among three men to subdue and disarm Sirhan Sirhan after he assassinated US presidential candidate Robert F. Kennedy.

Johnson also lit the Olympic torch during the opening ceremony of the 1984 Olympic Games in Los Angeles.

“A true Azzurri hero has left us,” Italy’s national team said on Twitter, using the team’s nickname. “Ciao Pablito, and thank you for everything.”

Italian Prime Minister Giuseppe Conte said on Twitter that Rossi was a player who “gave a dream to entire generations with his goals in the summer of 1982.”

Conte hailed Rossi as “the symbol of the Italian national team.”

“Farewell to Paolo Rossi, the unforgettable champion. Italy will remember you with affection,” Conte added. 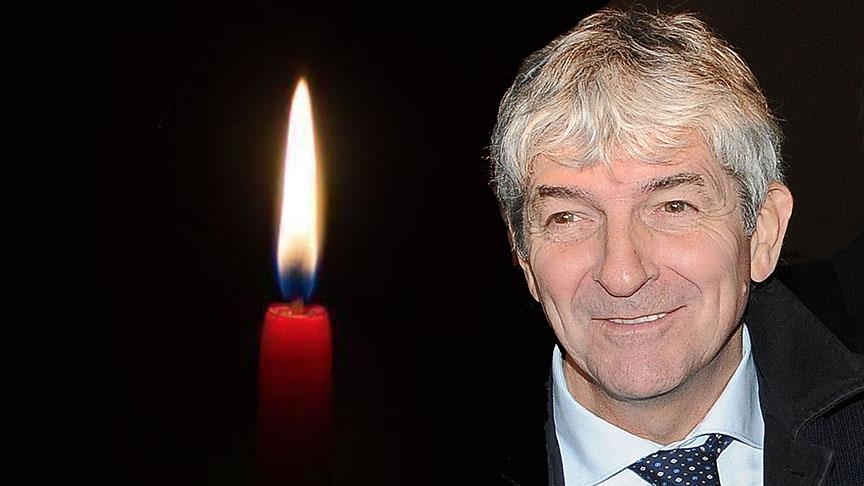 After his death, flags at the Italian Football Federation (FIGC) headquarters were lowered to half-mast in his honor.

Rossi appeared for Juventus and AC Milan playing as a forward.

He scored six goals for Italy in the 1982 World Cup, making him the tournament’s top scorer. Rossi scored one goal in the 1982 final against West Germany to help bag a 3-1 win in Madrid, as Italy were crowned the World Cup winners.

Separately Rossi won the 1982 Ballon d’Or award for his performance.

“The European football community today mourns the loss of Gerard Houllier at the age of 73… Rest in peace, Gerard,” UEFA said on Twitter. 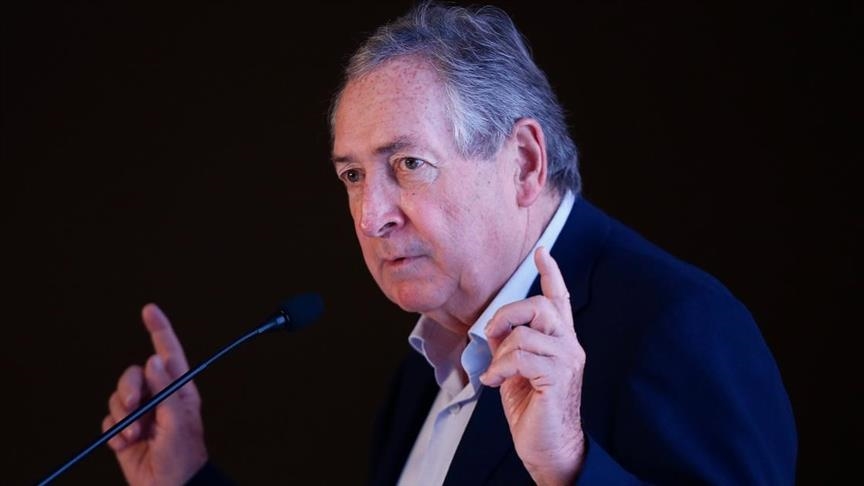 In his term, Liverpool won the 2001 UEFA Cup and the same year’s UEFA Super Cup.

The English club posted a message to commemorate Houllier.

“We are mourning the passing of our treble-winning manager, Gerard Houllier. The thoughts of everyone at Liverpool Football Club are with Gerard’s family and many friends. Rest in peace, Gerard Houllier 1947-2020,” Liverpool said on Twitter.

Houllier had an aortic surgery in a Paris hospital three weeks ago.

In addition to Liverpool, he managed English team Aston Villa, and French clubs Paris Saint-Germain and Olympique Lyon as well as the French national team, and France’s under 20 and 18 teams.

He previously underwent heart surgery in 2001.

Houllier ended his managerial career in 2011 due to health problems and he last coached Aston Villa.