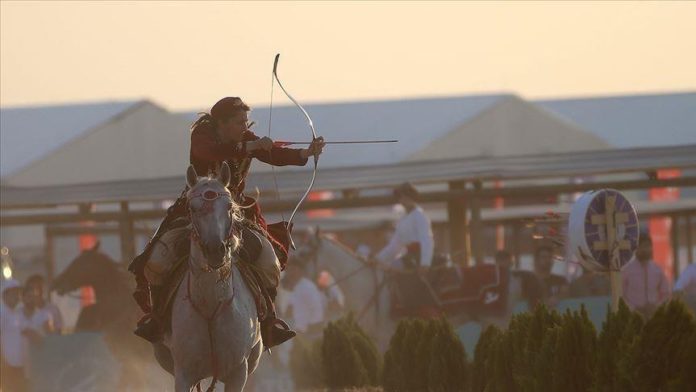 Sports ministers on Saturday emphasized the importance of the Ethnosport for countries’ cultural and traditional roots and values as well as boosting competition internationally.

Qatar’s sports minister Salah bin Ghanem Al Ali said that traditional sports have the same passion, competition and benefits as all sports branches and they are the parts of the identities of the nations.

Al Ali stated that the youth would be interested in them if the nations played their cards right and should know the histories of their countries to focus on the Ethnosport.

Udovicic stated that they are organizing events to amass traditional values and youngsters and to instill a traditional point of view.
He said that Serbia wants to boost its international competition power in the Ethnosport, supporting them.

Bakary Badjie – the Gambian sports minister – said that sports events in Gambia were canceled for almost a year due to the coronavirus pandemic.

Badjie said that youth in Gambia got further away from sports because of the COVID-19 restrictions, but the people can establish bonds via the Ethnosport to benefit from the traditional sports to connect people.

Meanwhile, Malian sports minister Mossa Attaher said that his country had old traditions for ethnic sports; however, they lack chances to promote them institutionally.

Attaher said that Mali aims to hold events in all their traditional sports branches as the countries can not succeed in modern sports if they ignore the traditional ones.

Somalian sports minister Hamza Said Hamza said that the Ethnosport is the base of all sports branches as it is a culture and identity for countries.
Hamza separately said that disasters and civil wars could block sports as they used it as an instrument for peace, and Somalia pulled through after the civil war.

He added that the coronavirus is blocking sports in the country, but they are determined to bring them back and Somalia is now doing its best to improve the youth despite all disasters, including the pandemic.

Ethnosport is not an industrialized sports field as football or basketball but focuses on the traditional sports of nations such as oil wrestling, range and mounted archeries, and equestrian javelin.

It has a confederation; the WEC, founded in 2015 and its headquarters is in Istanbul and Ethnosport aims to raise awareness of traditional sports and games.