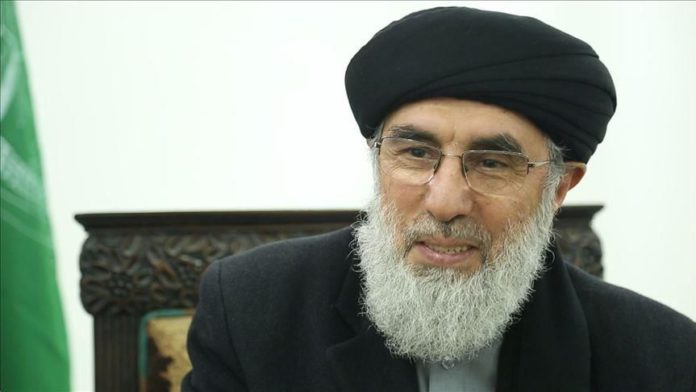 The Pakistani prime minister on Tuesday warned against the damaging role of “spoilers” within and outside Afghanistan, trying to derail the ongoing peace process.

Imran Khan made the remarks during a meeting with Gulbuddin Hekmatyar, a former mujahideen leader who is in Islamabad on a three-day visit.

Besides peace and stability, progress and prosperity of the Afghans could also be undermined, Khan was quoted as saying in a statement by the prime minister’s office.

He, however, did not name any country or group which could sabotage the intra-Afghan dialogue that is under way in Doha, Qatar between Kabul and the Taliban to end the 19-year-long fighting in Afghanistan.

The negotiations began last month after a US-Taliban peace deal was signed this February. Under the agreement, the US committed to withdraw all foreign forces from Afghanistan by July 2021.

In return, the insurgents pledged to prevent terrorist groups from using the Afghan soil for attacks, and promised to seek reconciliation with other Afghan groups.

The dialogue is currently in its initial stages, with both sides trying to evolve consensus on the agenda and rules of engagement.

The prime minister wished for a successful outcome of the peace process, and reiterated his long-standing position that there is no military solution to the conflict.

An Afghan-led and Afghan-owned peace process is the only way forward, he said, adding: “Intra-Afghan negotiations provide a historic opportunity to establish lasting peace.”

He hoped that Afghans would work for an inclusive, broad-based and comprehensive political settlement.

Hekmatyar, who also met President Arif Alvi, praised Pakistan’s positive role in facilitating the Afghan peace process, and thanked Islamabad for its long-standing contribution to the socio-economic development of Afghanistan, and for hosting millions of Afghan refugees for more than three decades.

This is the second high-level visit from Afghanistan in recent weeks. Abdullah Abdullah, the chief of Afghan High Peace Council who oversees the government side in negotiations, also visited Pakistan last month.

His visit was seen as significant because Pakistan had a role in getting the Taliban to the peace table. He is said to have asked Islamabad to press the Taliban into a cease-fire, or reduction of violence.

* With additional input from News Desk in Ankara