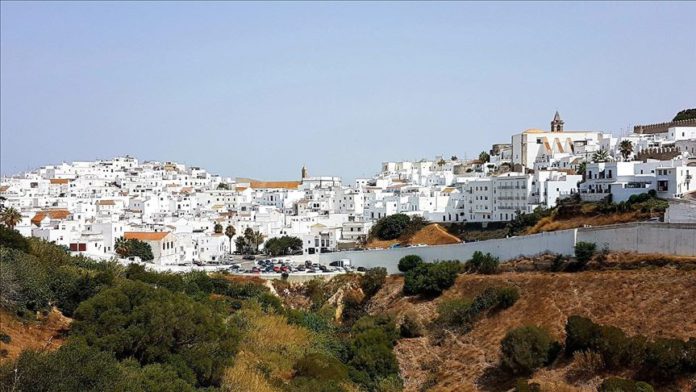 Within the last week, labs confirmed 10,220 new infections. That doubles the weekly rate from seven days ago and is four times the weekly diagnoses from two weeks ago.

Compared to July 9, hospitalizations have also almost doubled, with nearly 300 new COVID-19 patients being brought in over the last week.

Due to local outbreaks, residents of Barcelona and other parts of Catalonia have been asked to stay home, but are not legally obliged to do so.

On Thursday, officials in Totana, Murcia announced the town of around 30,000 would return to stricter measures and prevent people from leaving or entering after 55 people were infected at a pub.

Masks have also been made mandatory in the vast majority of public situations in Spain.

This new spike is causing concern in the tourism sector, which makes up around 12% of Spain’s GDP and is highly dependent on summer traffic, especially this year.

After one of the strictest lockdowns in the world this spring, Spain opened up for domestic and international tourism on June 21.

Quarantines were lifted for arrivals, while national and international publicity campaigns were launched promoting Spain as a safe destination, ahead of the larger case numbers seen today.

“Outbreaks in various cities, especially in Barcelona, a touchstone for international tourism, have meant a before and after for cancellations and reservations across the country,” Juan Molas, head of the Mesa del Turismo association, told La Vanguardia daily.

“The uncertainty is at a maximum, we can’t make predictions,” said Molas, adding that August is likely to see softer numbers than hoped.

Trump says contracting COVID was 'a blessing from God'