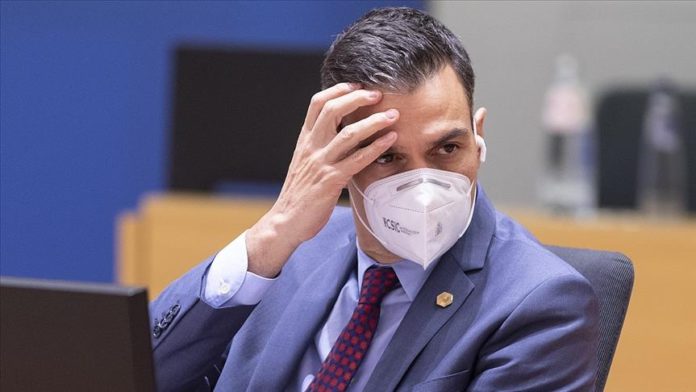 Spanish Prime Minister Pedro Sanchez is in quarantine due to his recent contact with French President Emmanuel Macron, who tested positive for coronavirus on Thursday.

Sanchez and Macron dined together in the Elysee Palace on Monday, alongside President of the European Council Charles Michel and Secretary-General of the Organization for Economic Cooperation and Development (OCDE) Angel Gurria.

The private lunch was in celebration of the OCDE’s 60th anniversary.

Spanish media reported that as soon as Macron’s positive result was announced on Thursday, Sanchez told the king that he would not attend any official events and quarantine himself for a week.

Sanchez was set to attend an event with King Felipe VI at midday Thursday, but will no longer make an appearance.

The premier appears to be symptom-free for now and will take a PCR test, as per Spanish health protocol.

This is not the first time Sanchez has come into close contact with the virus.

In mid-March, his wife and various Cabinet ministers tested positive for the coronavirus, but the Spanish prime minister did not maintain a strict quarantine and attended a series of meetings.

At the time, Spain’s chief epidemiologist Fernando Simon justified Sanchez’s actions, saying that there were “exceptions” to quarantines in certain situations.

Milan's Calhanoglu named player of month in Serie A