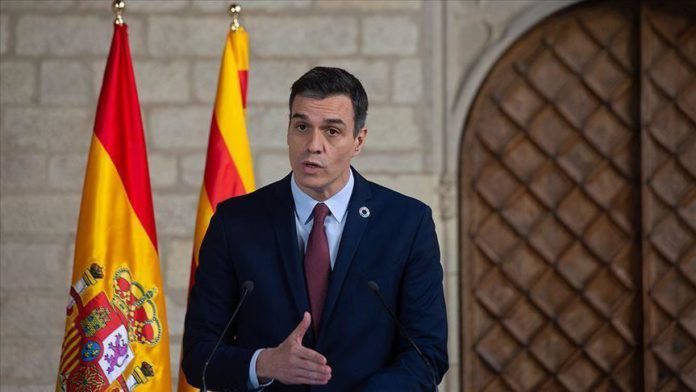 As thousands of protesters took to Spanish streets on Sunday to join global demonstrations against racism and police brutality, the country reported just one more COVID-19 death and 102 new infections.

According to the Health Ministry, over the last week, 72 people died from the disease in Spain, while 2,053 new infections were reported.

“Our de-escalation plan has been effective, we have the numbers to prove it,” said Prime Minister Pedro Sanchez in a weekly address to the nation on Sunday.

According to Johns Hopkins University, India overtook Spain this weekend to have the fifth-most cases in the world.

In Madrid, the capital worst-hit by the novel virus, thousands of people on Saturday joined global protests against the killing of George Floyd in the US at the hands of police.

The vast majority of protesters wore face masks, which is legally mandatory in Spain when social distancing is not possible.

In Madrid, the memory of the death of Mame Mbaye, a Senegalese street vendor who died while being chased by policemen in 2018, is still fresh.

That year, his death triggered unrest in the neighborhood of Lavapies, in which protesters set fire to trash bins and vehicles and police responded with rubber bullets.

Other large and peaceful Black Lives Matter protests went on throughout the country Sunday afternoon in places like Barcelona, Valencia, Salamanca and Cordoba.