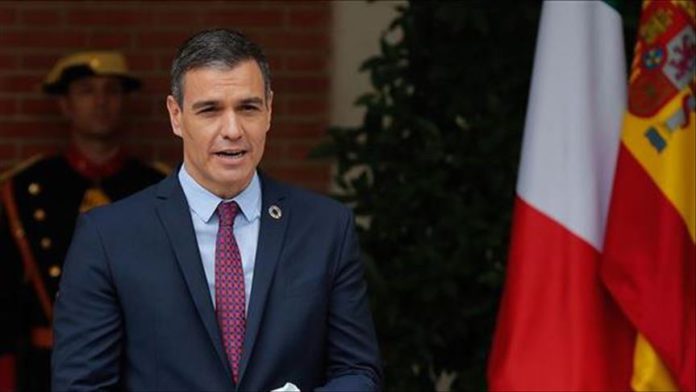 Amid political wrangling and economic challenges due to COVID-19, Spain’s prime minister Monday called for political unity as the country’s politicians resume work after the traditional August break.

“The government is choosing unity, not division or conflict or confrontation,” Pedro Sanchez told an audience of business and union leaders.

“Spain should find understanding within itself just as Europe did in July. It’s the biggest challenge in a century.”

Besides fighting the dramatic surge of COVID-19 in Spain that has turned the country again into a global hotspot, passing a budget that will hold the key to Spain’s economic recovery is one of the government’s major challenges.

In a nearly hour-long speech, Spain’s Socialist prime minister said accelerating the country’s digital and ecological transitions and reducing inequality will be the pillars of the economic recovery.

He said the money from Europe means Spain is not acting alone, unlike after World War II when the country was excluded from the Marshall Plan or after the 2008 financial crisis when “austerity fever” swept the continent.

Without providing any details, Sanchez said the investment plan that Spain will present to the European Union could boost Spain’s economic growth by 2% of GDP. But he insisted, in order to do so, Spain needs “a new political climate.”

Between 2015 and 2019, Spain held four national elections in four years. The current government is the country’s first-ever coalition government, but it still needs the support of several smaller nationalist parties to form a majority in Parliament.

The country is still operating with the budget passed by the conservative Popular Party in early 2018 despite two years of Socialist rule.

This week, Sanchez has scheduled meetings with the leaders of Spain’s main opposition parties to discuss cooperation, although the negotiations will be complicated.

A representative of Unidas Podemos, the junior coalition partner, said last week that the party would not support a budget that included the “vote or voices” of the country’s conservative opposition parties, which Sanchez appears eager to woo.

But the coalition’s support from some nationalist groups is slipping. The Republican Left of Catalonia (ERC), previously an ally, announced last week that it would not support the government’s budget due to “the vengeance and use of judicial power to repress the independence movement.”

Further complicating the situation, on Monday Quim Torra, the president of Catalonia, told local media he would be stepping away from the “negotiation table” with Spain’s central government as he faces an upcoming court date for disobedience.

The leader of far-right party Vox has also said he plans to launch a no-confidence motion against Spain’s current government in September, but has failed to win the support from other opposition parties.