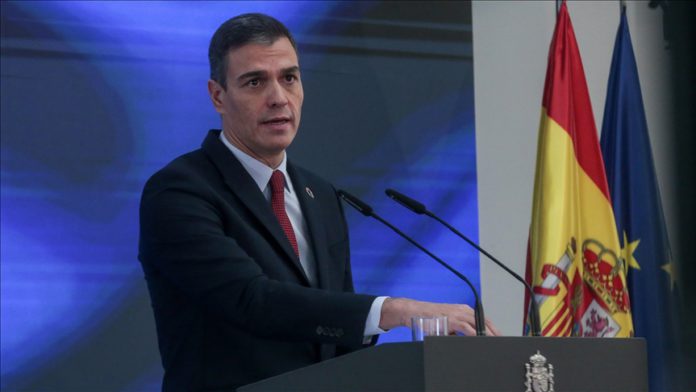 Spanish Prime Minister Pedro Sanchez announced a sweeping Cabinet reshuffle on Saturday, with seven ministers being replaced by a younger and more female crop of politicians.

Sanchez called it a “rejuvenation,” as the reshuffle will bring down the average minister age from 55 to 50. The new hires will also boost the presence of women in the Cabinet, who will now represent 63% of Spain’s highest-ranking politicians.

“After the pandemic, their main task will be the economic recovery, unemployment, and managing the enormous opportunity granted by the EU recovery fund,” said Sanchez in a news conference.

Among one of the most drastic reshuffles in Spain’s history, Sanchez ousted first Deputy Prime Minister Carmen Calvo and promoted Economy Minister Nadia Calvino to her post.

In the wake of an intense diplomatic crisis with Morocco, Foreign Minister Arancha Gonzalez Laya has been swapped out for Jose Manuel Albares, the Spanish ambassador to France.

The ministers of transport, science, education, justice, and culture are also being replaced.

In an unexpected twist for observers of Spain’s political scene, Ivan Redondo, Sanchez’s right-hand man and chief of staff, is also being let go along with the president of the senate.

After the surprise announcement, Sanchez did not answer journalists’ questions about the motivations behind the changes.

The ministers from the junior coalition partner Unidas Podemos remain the same.