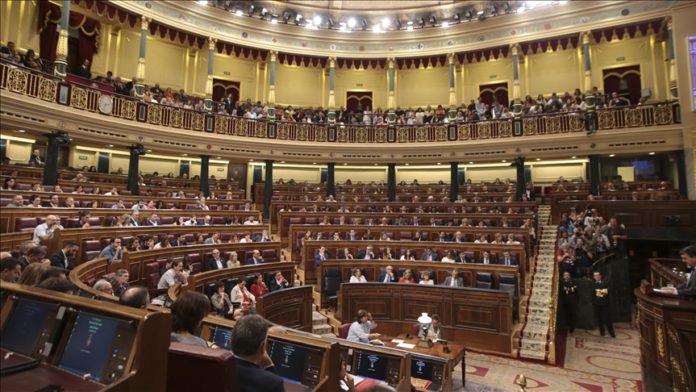 The Spanish Cabinet on Tuesday passed a sweeping labor reform that ministers say is the first agreement in more than 40 years to empower Spanish workers.

A consensus around the reform was reached last week with unions and business associations. It is set to take effect on Wednesday, and companies will generally have three months to adapt to the new rules.

“This is the first agreement in more than four decades that reverses the trend of workers losing rights, bargaining power and wages,” said Work Minister Yolanda Diaz in a news conference. “There are many women and young people in this country who have not had a contract that was not garbage in their entire lives.”

One of the main themes of the complex labor reform is about reducing precarity and temporary job contracts. According to Inclusion Minister Jose Luis Escriva, 40% of all job contracts in Spain have a duration of fewer than four days.

The structural reform carried out by the progressive Spanish government now aims to make permanent job contracts the norm. The new law will eliminate the most common type of temporary contract and instead permit temporary hiring only under justified circumstances and for limited amounts of time.

Contracts for seasonal work will also come with the same protects as permanent jobs and companies breaking rules will face much steeper fines.

Unions and collective bargaining will also be strengthened with the law, the ministers said.

Training is also another key to the progressive government’s long-promised labor market reform.

The rules of internships will be tightened to include guaranteed training and evaluation. Companies will also be incentivized to provide training to workers during temporary layoffs or seasonal downtime.

The enactment of this labor reform also allows Spain to comply with its commitment to the EU to have made structural changes before the end of the year.

However, the new law has been highly criticized on both sides of the political spectrum.

Madrid Premier Isabel Ayuso of the right-wing Popular Party slammed it as “unnecessary” and “ineffective.”

“It will not solve any of the current problems in Spain’s labor market… And only makes businesses more reluctant to hire people,” she said on Monday.

High-profile members of the left, on the other hand, say the reform does not go far enough and leaves in too many aspects from the previous labor reform made in the wake of the 2008 financial crisis.

The Spanish government, along with unions and main business association, continues to fiercely defend the new law.

“I am not lying when I say that today is one of the most important days of this government,” said Diaz.