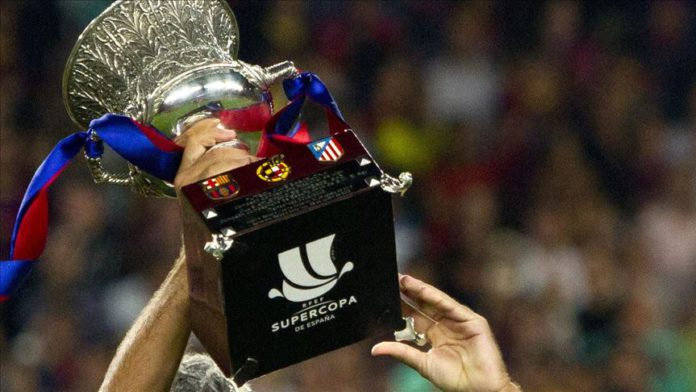 This season’s Spanish Cup finalists on Monday requested the country’s football body grant permission to play the 2020 final with spectators.

“The presidents of Real Sociedad and Athletic Club, both finalist of Copa del Rey (King’s Cup) for the 2019-2020 season, after meeting with the president of the Royal Spanish Football Federation, have agreed to ask RFEF (Royal Spanish Football Federation) for the Final to be played open doors, in public and in an official way, on a date to be determined and agreed between the three parties involved,” Athletic Bilbao said on its website.

Both clubs added that they want the RFEF let the 2020 final to be held officially.

As Athletic Bilbao and Real Sociedad are from the same region, their competition is called the Basque derby.

The winning team of the final will directly qualify for next season’s UEFA Europa League.

RFEF said in a statement that they also want this season’s final to be held once the country’s health body allows it to be played open to the public.

The Spanish football authority is working to fix an appropriate date for this year’s final to be played in 2020 or 2021 but before the 2021 Copa del Rey final.

The 2020 final was initially scheduled for April 18 in Seville but the coronavirus pandemic forced it to be postponed until further notice.

In March, Spain halted football competitions including La Liga for an indefinite period for health reasons.

Amid relaxed restrictions as the virus wanes, Spain on Monday reported 164 more deaths from coronavirus in the past 24 hours, bringing the official toll to 25,428.