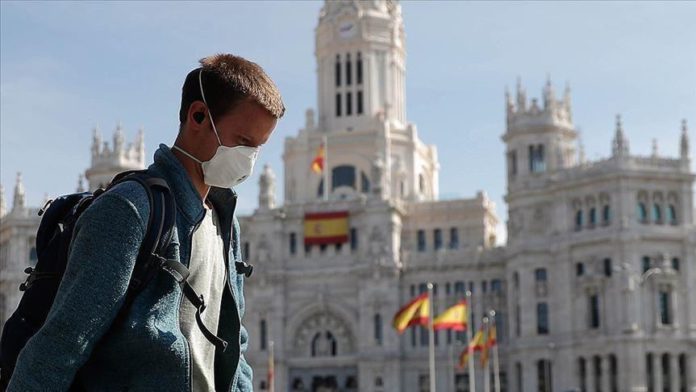 As a major poll suggests that Spain’s main ruling party has won over new voters since the start of the coronavirus crisis, the country saw the number of new coronavirus cases double on Wednesday.

The total number of confirmed cases rose by 355 to 244,683, according to the Health Ministry. On Tuesday, the country reported a total increase of 181 cases.

The capital Madrid region was home to the highest number (124) of the newly reported cases.

The ministry has still not updated the number of total fatalities, which remains at 27,136. The death toll has been under review for more than three weeks and has not been properly updated since then.

A major monthly survey conducted by Spain’s Center for Sociological Research (CIS) and published on Wednesday suggests that 31.2% of Spaniards would vote for the Socialist Party today – up from 28% in last November’s elections.

The poll also suggests the Socialists, led by Prime Minister Pedro Sanchez, have gained an 11.2% advantage over the Popular Party, their main opposition. That represents an increase of nearly 7% since November.

The poll said the Socialists’ coalition partners Podemos have seen their support drop slightly, while the far-right party Vox and the center-right Ciudanos have also inched ahead.

Residents of Spain have also been overwhelmingly supportive of the measures taken to curb the disease’s spread, the survey suggests.

More than 86% of respondents said the measures adopted by the Spanish government, which included one of the strictest lockdowns in Europe, were “extremely” or “quite” necessary.

At the same time, 81% thought that the economic consequences of the lockdown would be “very serious.”

For a country that relies so heavily on tourism, the low number of people expecting to go on holiday was another highlight of the survey.

The poll found that 65.7% of respondents do not expect to take vacations this summer. Of those who plan to stay home, 41% are doing so out of fear of contagion, while 34% said they lack the economic means.

Of those planning a vacation, only 6% expect to go abroad.

At least 7 wounded in terrorist attacks in N. Syria