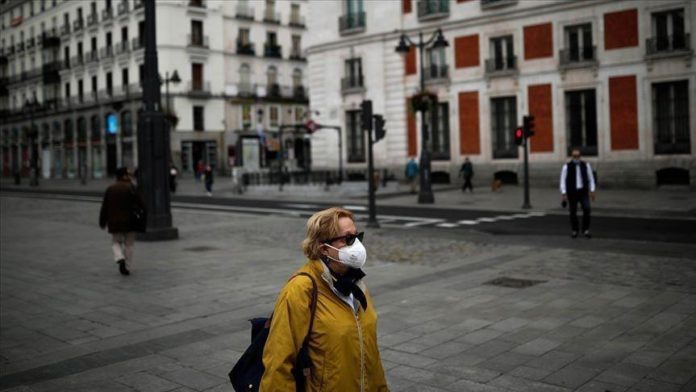 Spanish health authorities were able to administer just a small fraction of the available novel coronavirus vaccines in the first week of its immunization program, regional data released Monday suggested.

In Madrid, just 6% of available doses were administered in the week after vaccinations began Dec. 27. In Catalonia, around 87% of the 60,000 vaccines authorities received remained in their vials.

According to available data, only Galicia, Asturias, and Navarra have been able to administer more than half of the available doses.

Spain’s Health Ministry has yet to publish any national data on the number of people vaccinated, but health officials pointed to several logistical problems that marred the vaccine rollout.

Spain was set to receive its first major shipment of more than 350,000 doses of the Pfizer/BioNTech vaccine last Monday. Yet, shipping delays from the factory in Belgium meant the delivery did not arrive until Tuesday.

“We received the vaccine a day late and it affected us a lot because the vaccine requires a thawing process,” Madrid Health Minister Enrique Ruiz Escudero told Spain’s public broadcaster TVE on Monday.

Catalan health officials told media that the abrupt border closure between France and the UK last week due to the highly infectious coronavirus strain threw another wrench in their rollout plans.

That’s because some of the trucks that were carrying the special coolers needed to keep the Pfizer vaccine cold were stuck at the border. Catalonia needs those coolers to transport the vaccine across the territory, according to local daily La Vanguardia.

Around 250 of the isothermal boxes arrived Saturday. But due to high demand, all of the 1,500 ordered will not arrive in Catalonia until February, according to a public contract signed on Dec. 20.

In Spain, regional governments are responsible for the vaccine rollout but nursing homes are being prioritized nationwide. The New Year holiday made that strategy more difficult.

“Many nursing homes asked us to put off vaccinations by a week since many of the residents were at home with their families and many workers were on holidays,” said Madrid’s Escudero.

Several regions completely stopped vaccinating on Jan. 1 and over the weekend, further compounding the delay.

Catalan officials have said that from this week, vaccinations would continue over the weekends and holidays, whereas officials in Aragon have discarded that option for now and will opt to vaccinate only on workdays.

Spain celebrates another national holiday on Jan. 6, something that has epidemiologists worried both due to effects on contagion and more vaccination delays.

“We have to vaccinate as if it were a military operation in wartime. We have to vaccinate without ceasing, and every region should consider whether it needs reinforcements in terms of healthcare professionals or other equipment,” former WHO director Daniel Lopez Acuna told Spanish broadcaster La Sexta on Monday.

The Pfizer vaccines must be used within five days of being thawed. No figures exist on how many vials may have expired.