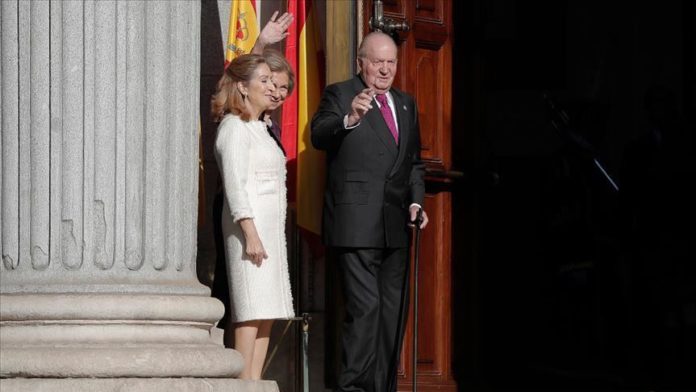 Two weeks after Spain’s former king announced he was abandoning Spain, the Royal Palace confirmed on Monday that Juan Carlos has been in the United Arab Emirates since Aug. 3.

Images published by Spanish media outlet NIUS last week showed he had landed at the Abu Dhabi airport, but the royal family had kept mum on his whereabouts until today.

Spanish media had also speculated that he was in the Dominican Republic or Portugal.

On Aug. 3, the Royal House announced that the country’s former king would be leaving Spain for the time being.

The announcement came in the midst of mounting evidence of corruption and tax avoidance.

In June, Spain’s general prosecutor’s office said it was investigating his role in a potential kickback scheme related to the construction of a high-speed rail line to Mecca.

This spring, when the first media reports related to Saudi Arabia payments began to surface, Felipe VI, Juan Carlos’s son and the current king of Spain, announced he was cutting his father off from his official state stipend of nearly €200,000 ($237,000) per year.

The former king abdicated in 2014 after his daughter and son-in-law were charged with corruption, and it surfaced he had gone on a luxurious elephant hunting trip during his time as president of the World Wildlife Fund (WWF) — in the midst of a financial crisis.

He still holds his title as King Emeritus of Spain.

Meanwhile, his lawyers say he will fully cooperate with Spanish authorities in any investigation, although many of his critics have accused him of fleeing Spain’s justice system.

Spain and the UAE do have an extradition treaty, which was signed in 2010 by Juan Carlos himself.