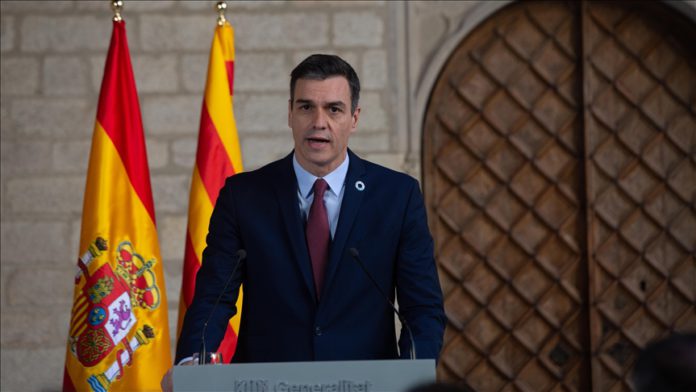 He said the money will be directed at “reinforcing solvency” so businesses will be able to stay afloat and recover their employees and investments.

Without providing too many details, Sanchez said the money will be aimed at companies in the tourism and hospitality sectors, small businesses and self-employed workers. He said the bill will be passed in the coming weeks.

“We have to keep supporting, during the tough weeks we still have ahead, sectors that were thriving and competitive before the pandemic but now find themselves in situations that are extraordinarily complicated,” explained the Spanish leader.

In 2020, Spain’s GDP shrunk by a staggering 11% — the largest yearly contraction since the 1936-1939 civil war. For the country heavily reliant on tourism and the service sector, it was one of the sharpest economic falls in the world.

The European Commission predicted earlier this month that Spain will see the EU’s biggest economic rebound this year, growing by 5.6%. Yet Brussels still warned of a wave of corporate insolvencies as government support is phased out, something this new package appears to address.

Spain has also been one of Europe’s hardest-hit countries in terms of COVID-19 infections. After a brutal third wave which peaked in late January, cases continue to drop steadily.

On Wednesday, the Health Ministry reported just 9,212 new infections – the second-lowest daily surge of the year. At the same time, another 389 people lost their lives to the disease and 31% of all intensive care units remain occupied by patients fighting COVID-19.

On the vaccine front, Spain has now administered 3.2 million doses, with 1.2 million people having received both jabs.

The country’s leadership remains convinced that 70% of the population will be vaccinated by the end of the summer, but supply issues at the European level could threaten that goal.